Infested Terran (Legacy of the Void) 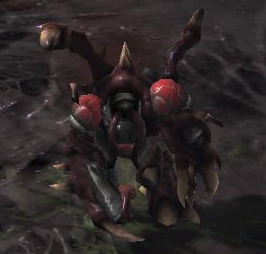 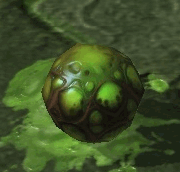 The Infested Terran was a light, ground Zerg unit that was spawned by an Infestor using its Infested Terran spell. The spell, and with it the unit, were removed in Patch 4.11.0 in November 2019. They were replaced by Microbial Shroud.

The Infestor throws an Infested Swarm Egg, which has 70 HP and takes three seconds to hatch. When it hatches, an Infested Terran emerges with health proportional to the percentage health of the egg, i.e. an egg that's at 50% health hatches an Infested Terran with only 50% health. The Infested Terran lasts for 21 seconds; it can attack up to 34 times during its duration, resulting in a maximum of 204 damage dealt (without armor or upgrades being taken into account).

Protoss units are fairly resistant to Infested Terran; however, they can be used to add anti-air damage for a Zerg player who opted not to go for Hydralisks. They are especially effective against Interceptors as well as Phoenixes.

Versus biomech builds, Infestors can cast Infested Terran on top of an infantry ball, and sieged Siege Tanks will splash their own units. Infested Terrans are also very useful to shoot down incoming or retreating Medivac dropships, commonly with the help of Fungal Growth to keep them in place.

Infested Terrans can be used around a ranged Zerg army to block Ultralisks. The eggs work especially well because of their low aggro, high HP, and good spread to avoid splash. They can also be used to deal with Mutalisks by using Fungal Growth to pin them, allowing the Infested Terrans time to hatch and kill them.