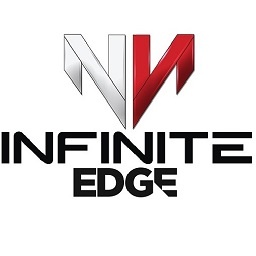 Infinite Edge eSports, often abbreviated as INFED, was a Global Starcraft 2 team based in the United Kingdom, with headquarters in Scotland. INFED was founded in early 2015 from a collection of other teams on the European server, with the intention of providing a comfortable and stable practice environment for some of Europe's most promising up and coming players. They currently participate in the online European circuit, from the Russian Starcraft 2 Team League, to Alpha SC2 Team League, to Psy-eSports-League, placing high in all three and establishing Infinite Edge as one of Europe's leading Starcraft II teams.

Infinite Edge was established from foundations of numerous other clans on the European server, most notably The Drunken Harbour, by a handful of previous members, with the goal of providing a comfortable and intensive practice environment for some of the UK's lesser known players. With the addition of high-level European players such as GamerRichy, RobbyG, and ColonelK, and later SatO and Groogns, Infinite Edge has quickly become one of Europe's leading Starcraft II teams in the online scene.

Roster at time of Disbanding[edit]