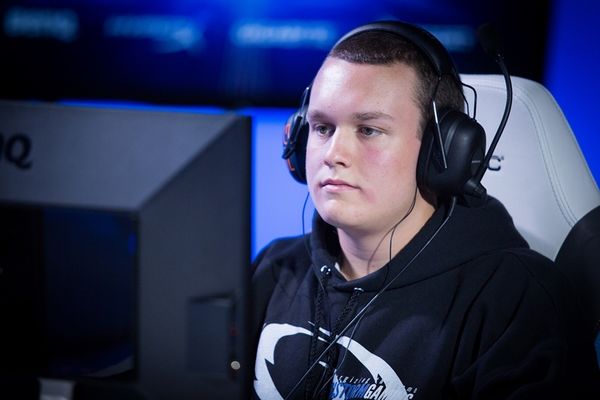 Andrew "intense" Pirelli is an American Terran player who is currently teamless.

Intense is a High School student.

In the 2014 MLG Anaheim Intense defeated Solaris Gaming's Silky 2-1 before falling to the loser's bracket with an 0-2 loss to the Korean player NesTea. In the loser bracket, Intense went on to eliminate TheoRy 2-0, prokiller 2-0, WardeN 2-0, and skatekid 2-0. His run finally came to an end with an 0-2 loss to Harstem. He was able to place 49-64th at Anaheim, one of the best American placements.

On October 5, 2015 it was announced that Intense joined mYinsanity.[4]

The rivalry between JonSnow and Intense is quite new. The two of them have recently played many qualifiers and games against eachother, and often trading games and providing excellent matches and content. The start of the rivalry began during The Breakout Invitational 3, when the two of them ironically never even matched against eachother, despite being placed in the same group. JonSnow being favored to win the tournament as he was the only returning player from previous seasons, known as the redemption Zerg, Intense was able to pull it out, with JonSnow only able to place 3-4. Then in the 32 Boys 1 Cup, the two of them had the opportunity to finally match against eachother, creating one of the most hyped matches to see as they are two of the best upcoming American players in the scene. JonSnow was able to kind of steal some vengeance as he was able to defeat the Breakout champ 2-1. Unfortunately for JonSnow however, only 3 days later the two of them once again faced off in the IEM Season IX San Jose United States where Intense was able to defeat him 2-0. These two players also participate in the same practice group, often playing eachother as they are battling for the top of the standings regularly in house.[5] Continue to watch for the two of these players to continue to grind to the top of the America's, with high likelihoods of many future matches and beef to come.