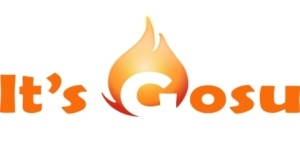 On February 1, 2013, It's Gosu merged with 4Not to recreate Quantic Gaming.

Players at Time of Merging with 4Not[edit]