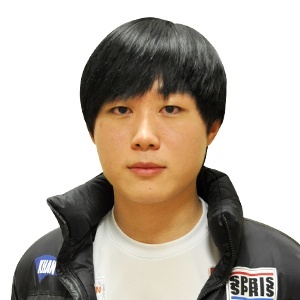 Heo "JangBi" Yeong Moo is a former StarCraft progamer from South Korea. He played Protoss for Samsung KHAN, and played his first official StarCraft II match during the hybrid 2011-2012 Proleague Season 2.[1] He is now retired.[2]

JangBi is the last Brood War OSL champion, thanks to his victory in the 2012 Tving OSL. He defeated Fantasy in the final, a year after they met in the 2011 Jin Air OSL final, where Jangbi also won. He was famous for his High Templar control and great storms. His transition to Starcraft 2 has been gradual, but he has qualified twice for Code A and has been very strong in Proleague.

JangBi made it through the preliminaries of the last 2012 GSL season to secure a spot in Code A. He beat Choya in the final round with a score of 2-0 to advance. In the first round of Code A, he faced Shine, who beat JangBi 2-1, knocking the OSL champion back to Code B.

On April 10, JangBi competed in the 2013 WCS Season 1 Korea GSL Qualifiers, and won his spot for the Challenger League by defeating Snow 2-0 in the final match. In the first round of Challenger League he managed to defeat ByuL 2-1, before losing to MarineKing 0-2 in the second round. JangBi had a second chance to claim a Premier League spot for the following season through his Up&Down group composed of YugiOh, Swagger, Creator and GuMiho. JangBi emerged victorious with a 3-0 record, and secured his place in the 2013 WCS Season 2 Korea OSL Premier League.

In the 2013 WCS Season 2 Korea OSL Premier League round of 32, JangBi was in group E with FanTaSy, KangHo and Life. Winning his first match against KangHo, JangBi went on to lose against FanTaSy in the winners match, and then lose the rematch against KangHo, dropping to Challenger League. Starting in the Round of 32, he defeated Avenge 2-0 and then Leenock 2-0, and got back in Premier League for the incoming 2013 WCS Season 3 Korea GSL