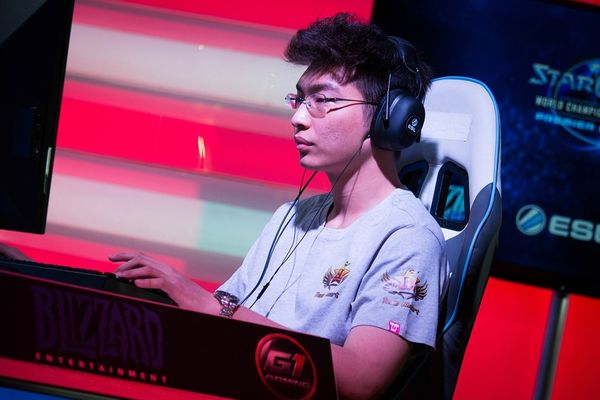 He got the ticket to WCS Premier after beating iG's three players, Cloudy, XY and MacSed, in GPL 2015 Season 2 Premier League, which was also operated as the China Qualifier and Challenger for WCS Season 2. He is the first amateur player from China to attend an offline tournament in a foreign country. He then lost to Ret and MarineLorD in Group C of Premier League.

Jieshi only won the match against Jim, though Jim did not show good performance either in the tournament.

Although there was no prize pool for this tournament, he still tried to pay attention to it. He got second place in the group phrase after close fights with Elroye and Serral. He then managed to beat Beastyqt in the quarterfinal, who is thought to be one the of strongest player in the tournament. After a relatively easier semifinal against Has, he had to face Serral once again in the final match. At last, Jieshi lost to his opponent with a disappointing result 0-3, and got the runner-up.

On the 15th of January 2019, Jieshi was found to have colluded with fellow players Route, Cyan, and Nice by intentionally losing matches on the WCS Winter-Americas ladder race and was banned from all Blizzard esports competitions. The ban will last until the 31st of May 2019.[1]