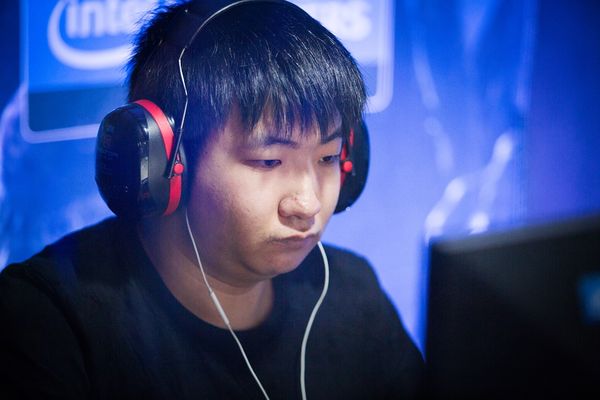 In June 2011 Jim took part in G-League Season 1 where he was eliminated in the first round by Loner.

August 5–9, 2011, Jim took part in CPL Invitational 2011 where he was eliminated in group stage with 2-0 losses to LoveCD and MarineKing after a 2-1 victory against Daisy.

In August 2011 Jim took part in 2011 Chinese Battle.net Invitational. He fell in the Round of 16 through a tough tiebreaker series with MacSed and WP.

In September - November 2011 Jim took part in the FXOpen King of the Hill (Korea) going 1-3, with his only win being against Leenock.

In October 2011, Jim took part in IEM Season VI - Global Challenge Guangzhou where he was eliminated in group stage with losses to elfi and IdrA.

From November 2012 to March 2013, Jim competed in the 2012 G-League Season 2. In the group stage, he defeated LoveCD and TAiLS to advance to the semi-finals. He proceeded to defeat TooDming 3-0 and XiGua 3-1 to win the tournament.

Jim was able to qualify for WCS America 2013 Season 1 Challenger League by playing through the online qualifiers. He managed to defeat Oz and Vibe in the bracket stage before falling to Scarlett, but still qualified for Premier League after defeating drunkenboi and Jaedong in the group stage. His strong results continued into Premier League, where he topped his Round of 32 group, defeating NesTea and MajOr 2-0.

Jim participated in the online Ritmix RSL Season 5 during June and July 2013. He defeated TheStC twice in the group stage to advance to the Round of 16, where he fell to eventual 3rd place finisher Scarlett.

Jim participated in IEM Season VIII - Shanghai on July 25, 2013. In Stage 1 of the tournament, he defeated XiGua and Shuttle, and needed only one more win in his next two matches to advance to Stage 2. However, he left for an appointment to acquire a Visa for his WCS America Round of 16 live matches, and was unable to return in time to play his final IEM matches. During his appointment he was also unable to acquire the Visa as planned.[1] On August 4, 2013, it was announced that he and teammate MacSed had acquired Visas in time for their WCS America matches.[2] With visa in hand, Jim went to the United States to play in the ro16 of WCS America. Making it out of second place in his group, Jim lost to the eventual runner up Jaedong in the round of 8. However in the placement matches, Jim beat his teammate MacSed to face aLive for fifth place, who he also ended up beating.

Jim was supposed to be the sole Chinese representative at the 2013 WCS Season 2 Season Finals in Cologne, but due to a visa issue he could not attend.[3]

Jim was placed in Group G in the WCS America 2013 Season 3 Premier League with HerO, Heart, and Neeb. He defeated Neeb 2-0 in the first match but fell to HerO 0-2 and Heart 1-2, dropping down to Challenger League. In the Challenger bracket stage, he defeated SSanaEE 2-0, TheStC 2-1, and Apocalypse 2-1, which would have secured him a spot in the WCS America 2014 Season 1 Premier League, but due to a change in format, it only granted him a spot in Challenger League next season.

From November 29 to December 1, Jim took part in WCG 2013 by taking first place in the Chinese qualifier. He was able to defeat Suppy, Dayshi, desRow, Brat_OK, EnDerr, and BLord to advance first in Group B. He faced his teammate MacSed in the Round of 8 and was able to take the match 3-2. In the semifinal, Jim faced Soulkey and was narrowly defeated 2-3. He then lost to PartinG 1-3 in the third place match, taking 4th overall.

Jim faced Bomber in the WCS America 2014 Season 1 Challenger League, probably the toughest opponent coming from the qualifiers, and was defeated 0-3, falling out of WCS Season 1.

In the next season, he advanced to the Premier League after eliminating SeleCT in Challenger. This time he was placed in the group of death, along with HyuN, Jaedong and Heart. Although he managed to defeat one of the fan favourite, the Dong, Jim could not make it through in the deciding match against Heart. Jim took an early lead in game three but Heart was able to barely squeeze the GG out of Jim in the final battle to advance to the Ro16.

From July 16 to July 19, after Jim qualified for IEM IX - Shenzhen through the Chinese qualifier defeating MacSed in the final, he was placed in a tough group with MMA, TaeJa, and Life. Jim made the incredible upset in winning 2-1 against Life and 2-0 against TaeJa to come out first in his group to advance to the bracket stage to face San. In the quarterfinal, Jim fought a nail biting series against San, opening stargate every game, and managed to edge out the Korean protoss 3-2 to play Solar in the semifinal. Unfortunately, Jim's impressive run was cut short, as Solar was unfazed by Jim's early game cannon rushes and zealot pressure and convincingly won 3-0 against Jim.

Placed in a group with Alicia, Nestea, and iaguz in the round of 32 of 2014 WCS America Season 3 Premier League, Jim handily defeated Nestea 2-0 with two cannon rush openings, but fell to iaguz's SCV pull twice in a row in the winner's match. Nevertheless, Jim once again beat Nestea 2-0 in the decider's match to advance to the round of 16 for the first time in WCS 2014.

In the round of 16 of 2014 WCS America Season 3 Premier League, Jim relived his defeat in Season 1 against Bomber, albeit with a closer 1-2 series. Jim subsequently dropped his games 0-2 against HuK's PvP aggression, ending his WCS run in 2014.

On December 25, Jim squared off against Maru in the 2015 SSL Challenger. Despite taking game 2 and having gained an edge in game 4, Jim lost his colossi to vikings due to miscontrol during Maru's doom drop and was eliminated 1-3.

Jim again qualified for the newly formatted 2015 WCS Season 1 Premier League after a tense 3-2 victory over TooDming in Challenger. In a group with Polt, TLO, and Kelazhur, Jim wasn't able to respond to Polt's drops and positioning in time and lost the first series 1-2. In the loser's match, Jim could not overcome TLO's prepared swarmhost roach play, which countered Jim's standard immortal sentry push against Zergs, and fell out of Season 1 in the round of 32.

Before the start Round 3 of Proleague 2015, Jim, XY and MacSed were announced to compete with Prime for the remainder of the league.[4] On May 11,, Jim appeared on the bench in Prime's match against SBENU set to play Hack in game 4. Unfortunately, Prime was all-killed 0-3 by SBENU before Jim's turn to play.

Having defeated Cyan 3-1 in Season 2 Challenger, Jim found himself back in Premier League, this time facing Kane, Bunny, and Petraeus. After handily defeating Kane 2-0, Jim was overwhelmed by Bunny's early game aggression and fell to the decider's match against Petraeus. The Kiwi Zerg was able to sweep the last series 2-0 with a strong late game composition, eliminating Jim from Season 2.

He was invited to IEM X - Shenzhen because of his previous strong performance in IEM IX - Shenzhen. Nevertheless, he got eliminated by uThermal early in the group stage.

With the victory against Courage, Jim qualified for 2015 WCS Season 3 Premier League. Although Jim showed better results in PvP matchup in comparison to other two matchup, he did not get favour this time when he lost to Hitman, an American-born-Chinese man who is good at PvP. This was the first time Jim got 0-4 results in Ro32 group stage.

Jim participated in GPL 2015 International Challenge with 1v1 and archon mode with Mystery but the score of 0-8 was so startling. Before the archon mode with Rushcrazy won a match against Tikky in NeoTV Starcraft League 2015, he gave us the result: 0-12.

After much failure, Jim got the ticket to 2016 WCS Spring Circuit Championship through winning PandaBearMe hard by 2-1. Faced with Harstem, the one whose playing style is like Jim himself and who got the better result than he, Jim still gave confidence to his fans. He won the match by 3-2. However, though it is not unexpected that he lost to Cham who becomes stronger since this Spring, his "constant" tactics (Phoenix-Colossus tactics in WoL and HotS and Phoenix-Adept tactics in LotV) is thought to be a great mistake just before he won Cham in Leifeng Cup by using the same tactics.