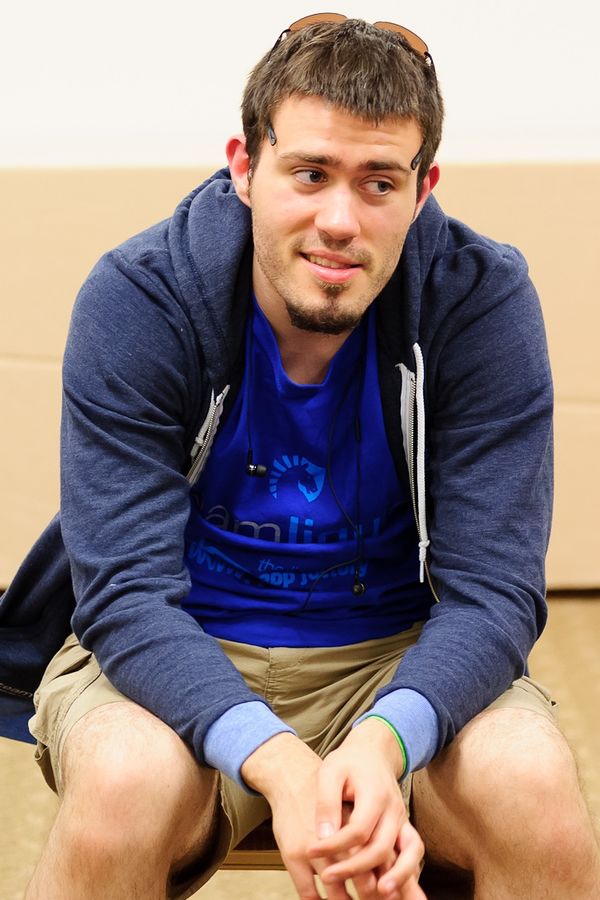 Jonathan "Jinro" Walsh was a high level StarCraft II, and former Brood War player, from Sweden, who played for Team Liquid. He had previously been invited to Team Liquid during the days of Brood War, but he had declined that invite in order to remain with the South Korean clan, Dream.t).[1] Jinro was a GSL Code S player, having reached the semifinals of that league twice, and the champion of 2010 MLG Dallas.

At the time, Jinro had one of the safest playstyles in the progaming scene. While the prevailing style of the Korean Terran players around him was the Marine-SCV all in, Jinro calmly played a safe macro style.

Born on a winter’s day in Stockholm, Sweden, Jonathan “Jinro” Walsh took to computer games at a very young age. The oldest of three siblings, Jonathan spent his early childhood fighting with his brothers for computer time to play Jazz Jackrabbit and Commander Keen on his family’s old 486. He got into Real Time Strategy games with Blizzard’s 1995 release Warcraft II: Tides of Darkness.

"... by the time I was seventeen, I was a member of Dream.T, one of the best Korean clans on battle.net. Getting there was a little bit like reaching the top of a mountain, looking out, only to realize that this was but a rocky protrusion, the actual mountain still looming ahead; Korea was a long way away."
(— Jinro[2])

Fast forward a decade and a teenage Jinro has been introduced to the hot RTS title of that era, StarCraft: Brood War. An avid player, he registers on sites like Brood War.com and of course, a newly formed foreign StarCraft community, TL.net.

A fan of professional StarCraft and of South Korea by extension, Jonathan learns the South Korean alphabet early on and soon plays with South Korean players, being invited to the Dream.t clan in the process. At the age of thirteen, he asks his parents permission to go to Korea and become a professional gamer. As expected, this request is promptly turned down.

Unperturbed, Jonathan throws himself into his gaming. Becoming well known in non-Korean StarCraft circles by the moniker FrozenArbiter, he becomes a moderator on TL.net and curates the site’s StarCraft II forum until the release of Blizzard’s long awaited sequel to StarCraft.

Though Jonathan was a passionate StarCraft: Brood War player and even successful at poker, the launch of the StarCraft II beta in early 2010 brought out the competitive urge in him like never before. His chance to live the dream had arrived. Invited by Victor “Nazgul” Goossens to join Team Liquid, Jonathan gladly accepts and becomes a member of Liquid’s StarCraft II lineup.

In September of that year, Walsh is among the first first non-Korean progamers to move to Seoul, South Korea and set up a progaming team house there. In November, Jonathan bursts onto the professional StarCraft II scene in Dallas, TX, USA, where he swept through a well stacked bracket to take his first major title at the Major League Gaming Pro Circuit event there. Since then, he has never looked back.

Jinro was recognized to be one of the world’s top Terran players, having played in four Global StarCraft II League seasons, reaching twice the semifinals of Code S. Known for his fine attention to detail and relentless multitask, his performance in both the GSL and in international events has earned him nicknames such as ‘The Gorilla Terran’ and ‘Chinro’, the latter being a reference to his well pronounced jaw, a living metaphor for his clean cut, no-nonsense approach to the game.

A fan favourite all over the StarCraft universe, Jinro is perhaps most popular in his home country, where on a visit he was met at the airport by fans and later appeared in newspapers and on national television and radio. For some time, Jonathan lived and trained with his teammates at the Liquid-oGs team house in Incheon, South Korea. He was, in his own words, "living the dream".

Jinro was relatively successful in beta, with strong ladder positions and good results in events. He got an invite to the HDH Invitational as a replacement for Lumi who had declined his invitation.[3] His first victory came in the CraftCup where he defeated Canadian Protoss HuK in the finals. Jinro has also been a guest in a number of Podcasts, such as State of the Game casts and Team Liquid's own Beta Podcasts. Jinro is popular among many fans for his TvT play and as such, has been featured in many Podcasts and Daily videos.

In September 2010, Jinro travelled to Korea with Liquid` members: TLO and Nazgul in preparation for the GOMTV Global StarCraft II League. Since arriving, Jinro and other Team Liquid members have been staying and training in the oGs House, competing in South Korean live events.

Jinro travelled to North America in November to compete alongside the entire Team Liquid roster for the MLG Dallas national championships where he would ultimately take first place.

After previous attempts, Jinro managed to qualify for GSL Season 3 where he would directly obtain S-Class status. Season 3 saw the largest influx of foreign qualifiers with 5 making it into the Round of 64. Jinro became the last remaining foreigner in the tournament upon reaching the Round of 4. Jinro defeated the likes of FOXMoon and PoltPrime.WE along the way, but would be swept by house mate oGsMC in the semifinals. He has stated that if he were to receive Code S, he will remain in Korea for as long as he has it.[4] Jinro participated in the GSL World Championship as a European as part of the foreign team, losing to ST_July.

In the 2011 January GSL Jinro managed to repeat his feat and made it the semifinals for the second consecutive season. In the group stages he beat EGIdrA and oGsEnsnare in the Round of 32 and defeated MC twice in the Round of 16 groups, making it to the round of 8 to play the other foreigner in the tournament, IdrA, once more. In the best of five series, Jinro lost the first game but took the next three to put him back in the semifinals for the second time in a row, this time against MarineKing. Despite winning the first map, Jinro fell to the South Korean and was left with another Round of 4 finish.

The following season in GSL March, Jinro would defeat Polt and RainBOw to easily advance to the Round of 16. Here he would be disappointed by HongUn and be dropped 1-2. During GSL May group stages, Jinro constructed a unique air build to defeat San but unexpectedly had to face NesTea as well. He lost twice and was knocked into the up/down matches in third position. There Jinro was surprisingly defeated by both CoCa and Zenio, relegating him into Code A.

Since 2011, Jinro has been a staple for numerous major foreign LANs. Although he has been unable to post significant results, Jinro has participated in both DreamHack events, HomeStory Cup III, MLG Anaheim, the CPL Invitational 2011 and MLG Orlando.