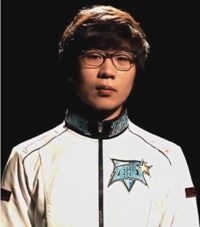 Jung "Jjun" Hye Joon is a Terran player from South Korea who is currently retired.

In 2010, Jjun managed to qualify for the 2010 Sony Ericsson Starcraft II Open Season 3, where he was eliminated in the Ro 64 by Check.

On November 17, 2011, Jjun participated in the ESV TV Korean Weekly Season 1 Weekly 15. After taking down Yong, finale, and Creator, Jjun went on to face GuineaPig. He was not able to advance any further after he lost to GuineaPig by a score of 1-3 and ended up taking third place.

In 2011 Jjun qualified for the 2011 2nd Generation Intel® Core™ Global StarCraft II League March/Code A. Jjun easily defeated mOOnGLaDe 2-0 in the Ro 32 but lost to Rain in the Ro 16. Despite this loss, Jjun secured Code A slot for the next season.

His first opponent in the GSL May Code A was the ace player for StarTale and the best Terran in the team Bomber. Jjun lost in a close series 2-1 and was eliminated from the tournament.

Jjun qualified for the 2011 GSL Super Tournament, where he lost to TheBest 0-2 in the Round of 64.

In 2012, Jjun qualified for the 2012 GSL Season 1 Code A by defeating Junwi in the Ro 4 and RagnaroK in the finals of his group. Jjun did not manage to win his first opponent July in the Ro 48 and again was dropped down in Code B.

In the GSTL February Jjun made a very impressive showing for his team in the Round of 8 against SlayerS, nearly accomplishing an all-kill by defeating BoxeR, Ryung, and Alicia before losing to MMA.

In 2011, Jjun managed to qualify for the WCG Korea 2011 National Finals but lost to MarineKing and horror and finished 4th in his group.