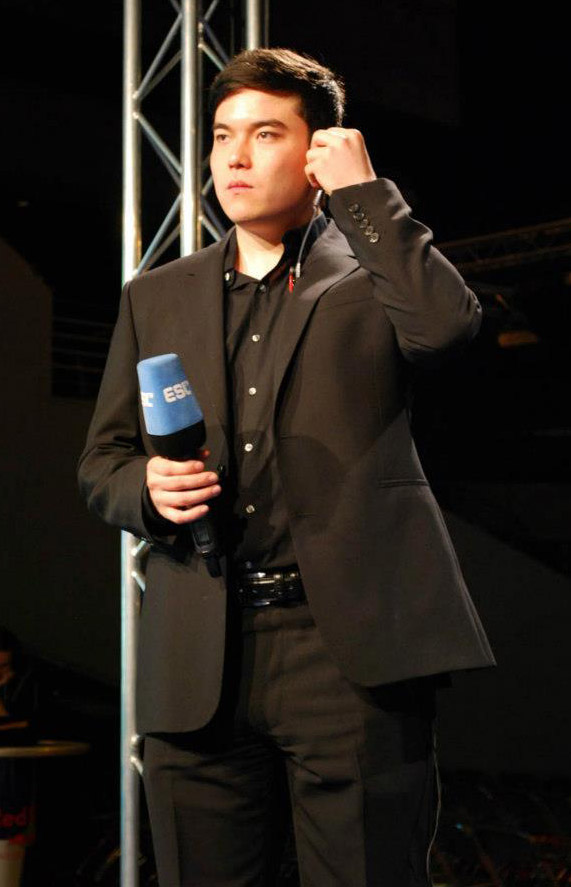 JoRoSaR began his SC2 casting career in October 2011, when he began uploading his casting videos to YouTube. He was picked up by Playhem as a caster for their European daily tournaments, after his cast of a qxc vs CatZ best-of-31 showmatch. He remained a regular caster for them until they ceased running regular tournaments.

In April 2012, JoRoSaR was given the opportunity to cast for the 2012 DreamHack Open in Stockholm as a community caster, during which he spawned several memes due to him casting in a suit in front of his immaculately-made bed.[1] He also commentated at Multiplay UK i45, the UK's largest LAN event, shortly afterwards.

He was then picked up as one of the community casters for the IGN ProLeague Season 5 qualifiers as a winner of the IPL5 Caster Search competition. During a trip to the United States in May/June 2012, he appeared as a guest in-studio with IGN ProLeague casters DoA and Kevin Knocke for IPL TAC 3 and IPL Fight Club.

In September 2012 JoRoSaR was again selected as a community caster for the 2012 DreamHack Open, once more he casted in a suit in front of an immaculately-made bed.[2]

JoRoSaR then became part of the main commentary team for a number of events towards the end of 2012, including the Blizzard World Championship Series Asia Finals, DreamHack EIZO Open Bucharest and the Intel Extreme Masters Singapore.

He scaled back his offline appearances in 2013 as he was unable to commentate for WCS while working full-time away from eSports. Despite this, he was an analyst & host for the Intel Extreme Masters World Championship in Hannover, and commentated at i48, i49 and i50 for Multiplay Insomnia.

In 2014, JoRoSaR has commentated for the Copenhagen Games and Gfinity G3. His most recent event was DreamHack Open Stockholm where he was a content creator and interviewer on behalf of Blizzard Entertainment, producing many player and staff interviews over the weekend.[3]