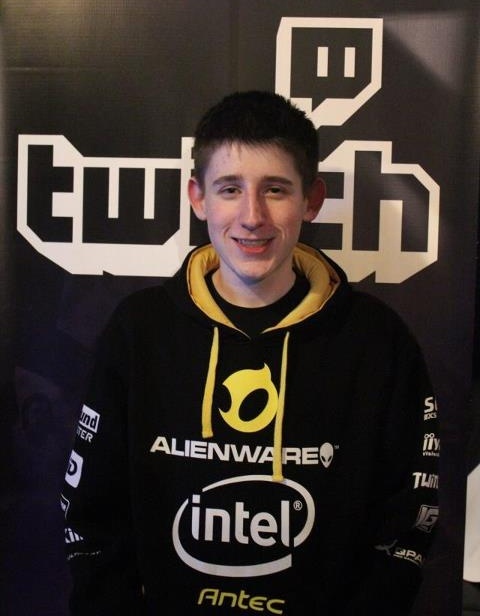 He is currently retired and playing League of Legends.

At just 16 years of age, JonnyREcco is considered to be a 'rising star' in British StarCraft II.[1] In 2012, he finished school, and started playing StarCraft II full-time.[2] He is also part of the UK National team.[3]

On March 7, 2013, JonnyREcco announced via Twitter that he was no longer a part of Team Dignitas.[5] He subsequently joined Team oGaming and, in September 2013, moved again to Core Gaming. He joined Vega Squadron on March 23, 2014.[6]

JonnyREcco frequently participates in the bi-weekly ESL UK Open, in which he has attained four first place finishes, and a five second place finishes. He qualified for the British Nationals of the 2012 StarCraft II World Championship Series in the first UK Qualifier by placing second.

Club3D organised a BO7 showmatch between JonnyREcco and White-Ra, where the latter closely won 4:3.[7]

On attending the Insomnia45, he was predicted to be in the Top 4 by BlinG, but he lost to Shibbxyz, and had to fight all the way from the loser bracket, where he ultimately fell to Dignitas' DreAm to place 5th/6th.

JonnyREcco made a surprise run through the second TSL4 EU/NA qualifier, defeating Sheth, Future, DeathAngel, YaTa and mycerion, only to be stopped by Nerchio in the semifinals. He qualified for the TeamLiquid StarLeague 4 finals by gaining enough points.

JonnyREcco had his fans on the edge of their seats as he was up 2-1 against ForGG before eventually falling 2-3, this was the only two maps he took from his group with ForGG, MaNa and Satiini at the ASUS ROG Summer 2012.

In December 2012 JonnyREcco took part in the ESET UK Masters at the Insomnia47 LAN event. Placed in a group of 4 Zerg including TLO, Ziktomini and Tefel, he emerged in second place after originally falling to Ziktomini before beating TLO and then gaining revenge on Ziktomini. In the playoffs he met German WCS champion Socke and dispatched of him 2-0 before meeting teammate BlinG in a repeat of the Insomnia46 grand final. BlinG took the match in a close 3-2, leaving JonnyREcco to play against Miniraser in the 3rd/4th place playoff, where he ended up the victor in another 3-2 scoreline, taking 3rd place and £600.

From June 30 to July 1, JonnyREcco participated in the 2012 World Championship Series: United Kingdom Nationals. JonnyREcco defeated Stone, Ourk, and DeMusliM in order to advance in to the sixth round to face Ziktomini. He fell to the losers' bracket after losing to Ziktomini by a score of 1-2. In the losers' bracket, JonnyREcco once again was not able to grab any more victories and ended up in third place after losing to DeMusliM by a score of 1-2.

On July 21, 2012, JonnyREcco participated in the IPL 5 European Satellite Qualifiers. JonnyREcco started off straight from the semifinals Phamut in order to advance in to the finals to face Protosser. In the finals, JonnyREcco defeated Protosser by a score of 2-1 and was able to take first place. His first place finish qualified him for the IGN ProLeague Season 5.

On September 22, 2013, JonnyREcco qualified for the WCS Europe 2013 Season 3 Challenger League. The most notable player he defeated to do so was Natus Vincere's LoWeLy.

Is named after the Starship troopers character "John Rico", unfortunately his spelling was incorrect at the time and has used his current moniker ever since