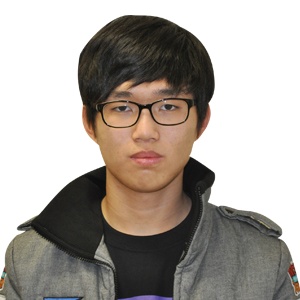 Cho Man Hyuk is a professional StarCraft II player from South Korea. jookTo was a member of the Jung clan. After his run at the GSL Open Seasons, he was invited to join a top South Korean StarCraft II team, Old Generations. jookTo is known for his unorthodox and diverse play style.

jookTo participates in the ESV TV Korean Weekly events. The most impressive showing he made in the Korean Weekly Season 1 Week 11 where he took the 3rd place. During the tournament he managed to take out such players as Jjun, Cella, Lots, and his teammate TheStC before losing to his another teammate InCa in the Round of 4. In the match for the 3rd place JookTo won over Tassadar 2-0.

jookTo has qualified for all of the GOMTV Global Starcraft II League Open Seasons. By defeating RenieHouR in the Round of 64 he was able to advance to the Round of 32 in the GSL Open Season 1, which was considered a huge feat because of the difficulty regarding StarCraft II's game balance at the time. He was then eliminated by Maka in the Round of 32.

In the GSL Open Season 2 he was only able to reach as far as the Round of 64 before being eliminated 2-1 by Sync.

In the GSL Open Season 3, jookTo was defeated by LittleBoy in the Round of 64 in what many considered an upset at the time.

Because of jookTo's results in the GOMTV Global Starcraft II League Open Seasons he was able to obtain S class.

In the 2011 GSL January Code S, jookTo was defeated by Zenio, Mvp, and FruitDealer in his group, putting him in the Up&Down matches. There, he was defeated by BanBans 0-2, dropping him to Code A. JookTo still had a chance to return the Code S status by winning The S Wildcard however jookTo lost to his teammate Cezanne and was dropped to Code A.

The following season, jookTo requalified for Code A in the 2012 GSL Season 2 Preliminaries, defeating inori 2-1 in the Round of 4 and CoCa 2-1 in the final of his group. However, in the Round of 48, he suffered his fourth elimination from Code A, falling 2-1 to AcE.

jookTo entered the next season's Preliminaries, and after defeating inori 2-0 in the semifinals and CrazymoviNG 2-1 in the finals of his group, he qualified for 2012 GSL Season 3 Code A — his fourth successful run in the preliminaries.

jookTo has not yet made his debut in the Global Starcraft II Team League.

On September 30, 2011, jookTo participated in the ESV TV Korean Weekly Season 1 Weekly 11. After taking down Jjun, Cella, Lots, and TheStC, jookTo went on to face InCa.He was not able to advance any further after he lost to InCa by a score of 1-3 and fell in to the 3rd/4th place match. He was able to defeat Tassadar by a score of 2-0, and was able to take third place.

On February 1, 2012, jookTo participated in the ESV TV Korean Weekly Season 2 Weekly 2. After taking down Imagine, Tassadar, and Naama, jookTo went on to face TaeJa. He was not able to advance any further after he lost to TaeJa by a score of 1-3 and had to settle for fourth place.