KT Rolster is a Korean professional multi-gaming organization, which previously had a StarCraft: Brood War and StarCraft II team. It was one of the seven KeSPA-recognized teams participating in Proleague. The team disbanded its Starcraft II roster on October 18, 2016. 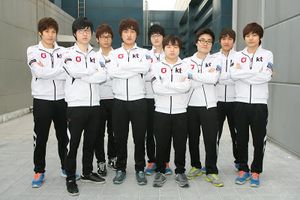