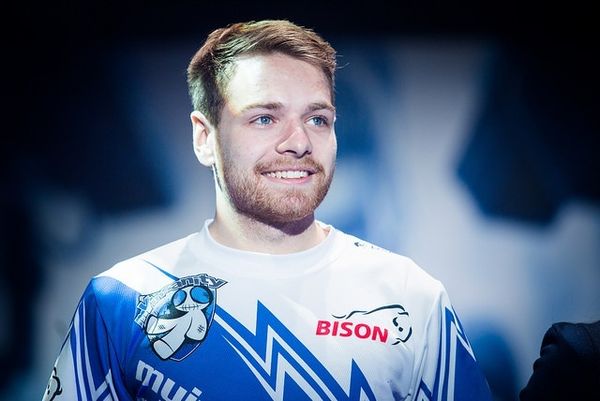 Sam Morrissette started playing SC2 at its release when a friend highly recommended the game. Starting as protoss, Kane continued to learn and fall in love with SC2 over the months. He then switched to zerg around the middle of 2011. In 2012, Kane participated in WCS Canada and had a disappointing result. Since then, he has become motivated to improve and the results have been highly encouraging. As a full-time student, he has not entered many LAN tournaments, but instead has been focusing on online tournaments. In the future, he is looking to participate in more LAN tournaments.


On Saturday, April 20, 2013, ROOT Gaming announced that Kane had joined their organization.[1]

On September 3, 2013, Kane announced he was taking a semester off from college to pursue progaming full-time.[2]

Kane participated in SHOUTcraft America from May 5, 2013 to May 21, 2013. After defeating MaSa and hellokitty in the group stage, he advanced to the 8-player bracket. After narrowly defeating qxc 3-2 and Goswser 4-3, he defeated State in the championship match to win his first major tournament.

At 2013 MLG Spring Championship on June 28, 2013, Kane advanced to the third round of the winner's bracket before being knocked down by teammate Minigun. CatZ forfeited his match against Kane in the fourth round of the loser's bracket, but Kane was defeated by Golden in the next round.

On September 23, 2013, Kane was released from ROOT Gaming, with Kane preferring to pursue opportunities in Europe.[3] Later that day it was announced that he had joined mYinsanity.[Citation needed]