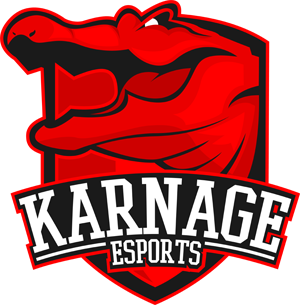 Karnage eSports is a former Nordic based organization, first formed in late 2004 as a Counter Strike 1.6 team. In 2005, Karnage took its first step in the eSports scene with the recruitment of a top UK Call of Duty 2 team. Since then, Karnage has evolved from a community focused organization to a stepping stone for all competitive UK eSports teams, with players moving onto professional organizations such as TCM-Gaming, Team Dignitas and 4Kings.

In October 2011, Karnage recruited its first UK based StarCraft II players. Having achieved numerous top 10 placements at the UK LAN event, Insomnia Gaming Festival, the organization decided to expand into the Nordic scene in May 2013.

Listed below is the competitive roster at the time Karnage eSports merged with Dead Pixels.