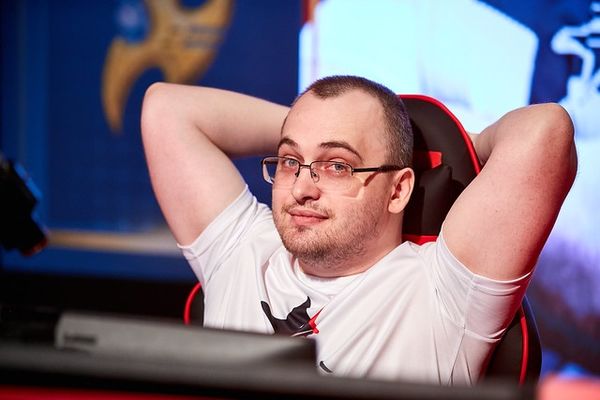 Kas has a very conservative playstyle developed through practice on ladder. Due to the nature of ladder and playing large numbers of players that he might be unfamiliar with, Kas has developed a safe style to survive, which lends greatly to his Big-Bracket success in best of one series.

Kas' RTS career began with Warcraft III. He only started playing it at a late stage (2007-2010) but soon became a strong player before the release of StarCraft II and winning 3 ZOTAC cups. Being a Human player in Warcraft, he picked Terran for StarCraft II. After numerous cup victories, he was the first player, aside from the seeded ones, to qualify for the TSL3 through winning the TL Open #8.[1]

Kas has enjoyed much success in many of the Weekly Tournaments that he plays on the Europe server. He scored multiple wins in the Go4SC2 ESL events and ZOTAC Cup events. He is currently 5th in the ZOTAC Cup hall of fame with three first place finishes. Kas has a very solid and conservative style which aids him very well in these weekly tournaments which are frequently Best of One series until the last 16 players. Kas also took out the HomerJ XMAS Cup 2010 and the GosuGamers Holiday Special with clean 3-0 victories over MaNa and SjoW.

Kas' successful large bracket style led him to become the first qualifier for the 2011 Pokerstrategy.com TSL3 by winning the TeamSpeak TL Open 8. He had a tough bracket, defeating a notable in every round. He went through Whiplash, ToD, Adelscott, NaNiwa and finally Ciara to clinch the $100 prize and the lucrative TSL3 qualification position.

However, before his TSL3 appearance, Kas travelled to Kiev in the Ukraine for the IEM Season V European Championship Finals. He qualified through winning a Ukrainian National Cup and ended up winning his group of Tarson, HasuObs and Jimpo.

In the TSL3, Kas took out his first-round opponent HayprO 2-1. This was followed by a 3-0 dismantling of NaDa and a 3-1 against Adelscott. He would then face ThorZaIN in 5 close games, with Kas losing 1-4. In the third place seed match for TSL4, Kas defeated HasuObs 4-2.

From January 19 to January 22, 2012, Kas participated in the IEM Season VI Global Challenge Kiev. The tournament started off with group stages. Kas was placed in to Group B with Zenio, NightEnD, and Grubby. Kas advanced out of his group with a score of 3-0 and headed in to the playoffs bracket. In the playoffs bracket, Kas defeated White-Ra in order to advance in to the semifinals. He wasn't able to advance any further and fell to the 3rd/4th place match after losing to DIMAGA by a score of 2-3. He went on to defeat Zenio by a score of 3-2 in the 3rd/4th place match and grabbed third place.

On December 17, 2011, Kas was invited to participate in the IPL Fight Club. His first opponent was GanZi. His debut was cut short as he was knocked out in his very first match up by a score of 3-5, and was not able to dethrone GanZi.

On July 21, 2012, Kas participated in the World Championship Series 2012 Ukraine. Kas defeated sda in the first round before falling to the losers' bracket after losing to Strelok by a score of 0-2 in the second round. In the losers' bracket, Kas was able to grab one more victory against UkraineStar before taking fourth place after losing to White-Ra by a score of 0-2.

After leaving his old team Empire[2] at the start of May 2014, he announced two weeks later that he joined the Ukrainian team Cascade.[3]