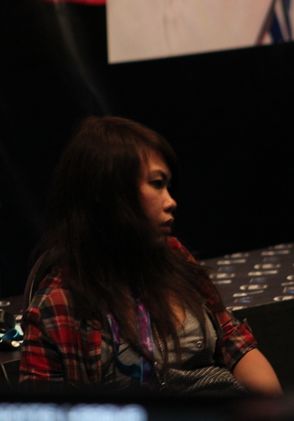 Kelly "kellyMILKIES" Ong is a StarCraft II player and caster, casting the GSL Code A March 2011 alongside Tasteless, Artosis and DoA.[1] She started competitive gaming in 2005, playing CounterStrike 1.6 in both male and female teams. She played DOTA with the PMS*Asterisk Girls and continues to commentate on DotA – alongside TobiWan at SMM in Singapore. Kelly also won many local RockBand and Guitar Hero competitions.

In StarCraft II, kellyMILKIES is perhaps best known for her commentary on live games, especially in the SEA scene. Usually co-casting alongside fellow Singaporean casters she has covered many major Singapore SC2 events live and online. VODs featuring Kelly's commentary can be found on HDPhoenix's YouTube Kelly has competed in several live SC2 events in Singapore with some success, including the Colosseum Singapore SC2 LAN.[2]

Being the first female to commentate a major SC2 tournament, the GSL Code A March, she had to cope with a lot of criticism and scepticism by the community. Although at first she received harsh criticism for her supposedly poor English and an allegedly low level of game knowledge, her later casts were more welcomed. Kelly returned to Singapore in March 2011.[3]

Kelly worked as the Community Outreach Manager at own3D.tv.[4]