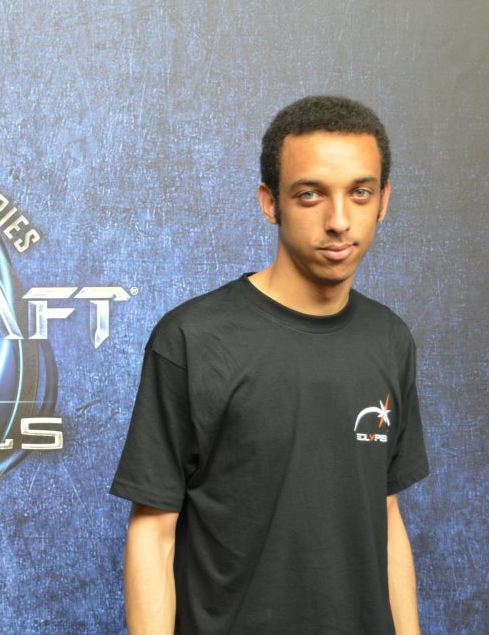 Bruno "KenZy" Wafo-Tapa is a Zerg player from France, who played for Team LDLC.com until he announced his retirement on the 22nd of September 2013.[1]

During the last times of the Brood War era in Europe, KenZy had managed to make a name for himself as a notable Zerg player member of team LRM. His crowning achievement was a qualification for the TSL2, earned by reaching the 24th place of the ladder stage. He was however eliminated in the qualifiers, therefore failing to get a spot in the playoffs.

KenZy joined against All authority during the beta. He competed in several offline events, and maintained a good level of performance.

KenZy still preferred to compete in offline tournaments after the release of the game, being rarely seen in weekly tournaments. In the first event of the Master Series in October 2010, the PxL-Lan #28, he made it to the final of the winner bracket, and eventually took the third place of the tournament. By the end of that month, he came to the Azerty Party 2010 where he reached the semifinals and was knocked-out by MoMaN and Stephano. From October to December 2010, he made his way to the main bracket of eOSL Winter 2010, but was unable to defeat his teammate SarenS in quarterfinals.

However, the first months of 2011 were harsh for KenZy, who wasn't as competitive as in 2010. He was unable to reach the final four in the offline events of Master Series, and was eliminated in group stage of eOSL Summer 2011. In the meantime, KenZy joined Cyber Nation the 29th March 2011, alongside his friends and teammates SarenS and FremAN, after arguments with against All authority's staff.

A few weeks later, KenZy confirmed his renewed motivation by taking the second place of the NeXeN 2011, the last event of Master Series, knocking-out biGs on his way to the final. In July 2011, he came second of Master Series Finals, therefore qualifying for Electronic Sports World Cup 2011. During this event, which was his first participation in a premier event, he wasn't able to reach the playoffs and was eliminated in group stage.

In April 2012, Cyber Nation was shutdown, hence making KenZy a free agent.[2] A few days later, he joined Eclypsia alongside four of his former teammates.[3]

In September 2013, KenZy left Team LDLC.com and retire from StarCraft II competitive scene. A few days later, aAa announced the return of KenZy as a coach.[5] In the same time, he came back to StarCraft: Brood War competition notably qualifying for TeamLiquid Legacy Starleague 3.