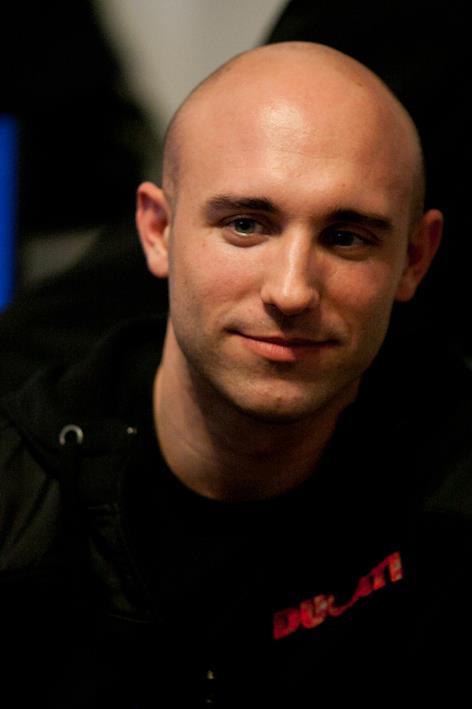 Thomas "Khaldor" Kilian is a German StarCraft II and Heroes of the Storm caster from Mannheim. Living in South Korea, he was employed by GOMTV as a full-time commentator for the English broadcast of both the GSTL and the Challenger League (Code A) portion of the GSL.

He began his online career as a Diablo 2 player, only playing StarCraft: Brood War at LANs with friends. When Warcraft III was released, he focused most of his time on that.

Khaldor began his community work as a webmaster for a German community website. Through luck, he got a spot shoutcasting an event in a time when Shoutcasts weren't very common.[1] With time he became more and more involved in the WC3 community, commentating on a regular basis and becoming the manager of the team 4Kings and later mousesports.

His "personal highlight" is his casting of the WCG 2008, where he was the official commentator on site.

Khaldor entered the Beta in early stages due to his management of the fansite network Freaks4U.

In Wings of Liberty, Khaldor took an increasingly more active community role, running the website MyStarcraft.de and casting numerous tournaments, including FXO KOTHs, ZOTAC Cups, GIGABYTE Cups, monthly tournaments and some large events (see section below). As a result, Khaldor was hired as a new caster for GOMtv.net, leading to his move to Korea to primarily assist in the casting of GSL Code A. Living in Korea, he also continued casting online tournaments from all around the world, sometimes with Shuffle, NaNiwa, MaNa or ToD as a co-caster.

After the release of the Heart of the Swarm, Khaldor was still working for GOMTV as a commentator for their global content. In his free time, he remained dedicated to casting smaller regional cups and tournaments (listed above) for English-speaking audiences from his apartment in Korea.

In September 2014, he left Korea and returned to his hometown Mannheim in Germany and mainly focuses on Heroes of the Storm now. He still occasionally casts offline SC2 events but is dedicated to Heroes and its growth as an esport.[2]