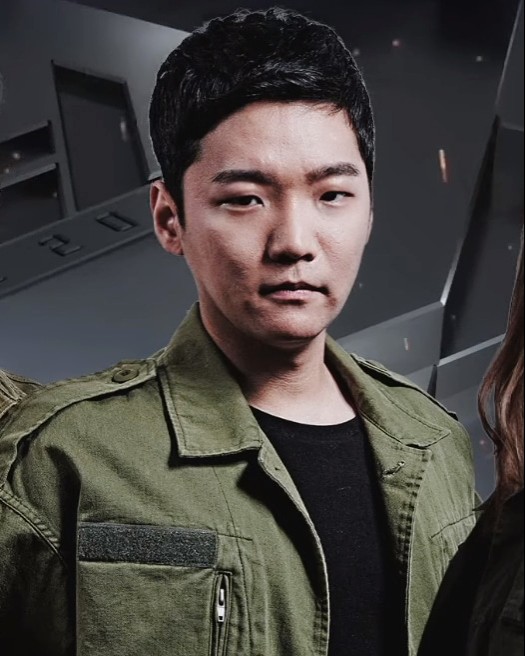 He is also known as TOP.

It was announced that kiwian had retired previously,[1] but he returned to progaming later on.[2]

kiwian was considered by oGs to be one of their best players, often winning in-house leagues.[3] His best results were in 2011. He placed first in 2011 Sony Ericsson GSL January: Code A, where he defeated ByuN 4-3. He was also a semifinalist in the 2011 GSL Super Tournament, losing 2-3 to Polt, and ended up in second place in 2011 Pepsi GSL August: Code S, losing 1-4 to Mvp.

On 11 May 2012, kiwian was left teamless at oGs's disbandment.[4] On 5 October 2012, he joined apeX Esports.[5] He left the team only a few weeks later, along with teammates VINES, InCa and jookTo, after their announced participation at 2012 DreamHack Open: Bucharest was cancelled at the last minute.[6][7]

kiwian participated in GOMTV's GSL Open Season 1, where he was defeated in the Round of 16 in an acclaimed series against future champion FruitDealer 1-2. After dropping out of Season 1, kiwian was unable to qualify for the remaining two open seasons of GSL. This resulted in his A-Class status for the Sony Ericsson Global StarCraft II League Jan in January 2011.

Outside of GSL, kiwian remained fairly active. As part of oGs he participated in the Brainbox Starcraft II Team Invitational where the team took 1st place. kiwian single handedly took out The SCV Life, including Tester, Clide, and FruitDealer, leading oGs to a score of 3-1 in the semifinals.[10] kiwian ended up taking third place in the 2010 Blizzcon South Korean qualifiers, just missing out on the chance to participate in Blizzcon 2010. kiwian was also one of the four GSL invitees (along with Ret, Zenio and MC) to play in Kaspersky New Year's StarCraft II Invitational. Defeating SjoW and Zenio along the way, kiwian surprisingly managed to sweep the GSL3 champion MC 4-0.[11]

kiwian started 2011 with an impressive victory in the GSL 2011 January Code A tournament, the first Code A tournament. Along the way to the finals, he defeated notable players such as AcE and sC. His opponent in the finals was the Terran player ByuN, whom he bested in a very close series (4-3). He won his final game through effective harassment and muiltitasking in the early and mid game, allowing him to secure a late game macro advantage.[12]

As a finalist, kiwian was able to choose LegalMind and San as his opponents in the up/down matches. As many expected, he easily defeated LegalMind 2-0 and advanced to Code S.

After being knocked down in the Up and Down matches of GSL October, kiwian participated in Code A in GSL November. In the Ro48 he faced the relatively unknown PartinG, ultimately losing 1-2, and had been knocked out of GSL entirely.

kiwian played in Code S of the March 2011 season of the GOMTV Global Starcraft II League. He was placed in Group D where he placed third, beating TheBest but losing to NaDa and HongUn. This put him into the Up & Down matches for a second season in a row. He managed to secure a Code S place in the following season of the GSL, however, by beating Rain 2-0. kiwian would reach the Round of 8 and Round of 16 in subsequent GSLs.

During the GSL August tournament, kiwian would make it to the finals, after defeating Polt, Genius, Zenio, aLive and TricKsteR. He lost 1-4 in the finals to Mvp to finish second overall in the tournament. Despite his success in the last GSL, in GSL October, kiwian would find himself last in his group, therefore he needed to play in the Up and Down Matches. He placed last again in his Up and Down Group, therefore finding himself back in Code A.

Arena of Legends: The King of Kongs[edit]

Due to placing second at GSL August 2011, kiwian was invited to participate in the Arena of Legends: The King of Kongs. He was placed in Group A, where he finished third overall after beating GSL November 2011 runner-up Leenock 2-1, but losing to GSL July 2011 runner-up LosirA and GSL January 2011 and GSL World Championship 2011 runner-up MarineKing 0-2, ending his tournament run in group stage.

On July 27, 2012, kiwian participated in the EWM Season 3 Week 8. kiwian took down Bang, Lure, Center, and Monster to advance in to the finals against LosirA. He wasn't able to advance any further and had to settle for second place after he lost to LosirA by a score of 0-2.

kiwian has been reasonably active outside of Korea. After failing to qualify for the 2010 Sony Ericsson Starcraft II Open Season 3, kiwian participated in the Dreamhack Winter 2010 held in Sweden alongside fellow oGs teammate InCa. He managed to place 4th after losing to the eventual champion, Naama and then losing the bronze match to Fenix.

More recently, kiwian is an invite to IEM New York where he 3-0'd his group and played American Protoss Gatored in the quarterfinals. Gatored managed to 3-0 kiwian, therefore knocking him out of the tournament and giving him a final placing of 5th-8th.

kiwian also qualified for the 2012 MLG Summer Arena where he won 2-1 over Golden in the first round. In the secound round he was knocked down to the losers bracket 2-0 by aLive only to lose 2-0 to First

On July 2, 2012, kiwian participated in the 2012 OSL Non-KeSPA Preliminaries. kiwian received a BYE in round one and then took down NEXJangBi, 김한별, Squirtle, and faced Symbol in the finals. He was not able to advance any further and had to take 2nd place after he lost to Symbol by a score of 0:2.