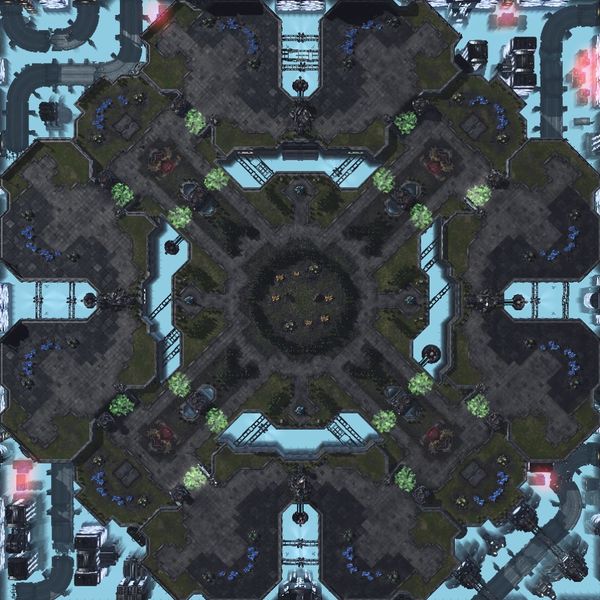 Korhal Carnage Knockout is an eight-player map made by Sidian and used in the second Legacy of the Void ladder season.

While your base is positioned on the edge of this map, maintaining control of the Watch Towers as well as the gold expansion in the center are vital to success. Opponents do not spawn close to each other on this map.