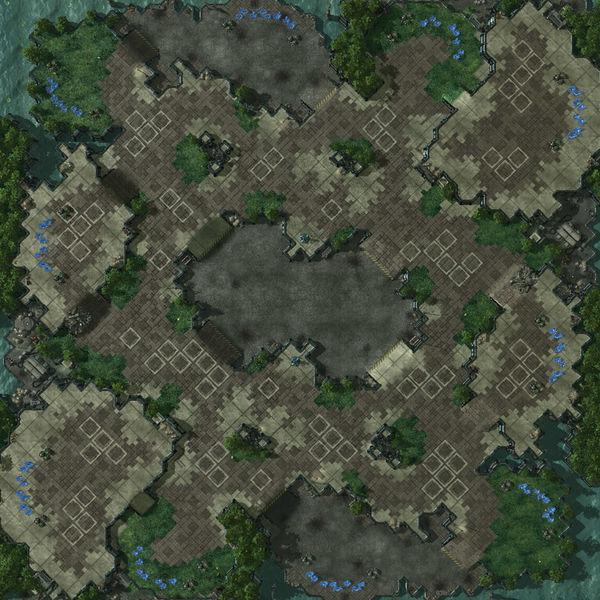 Formerly a Korhal military training ground, it has now become a warzone in iteself. Use the Xel'Naga towers to your advantage to defeat your foes! 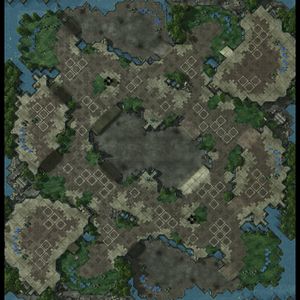