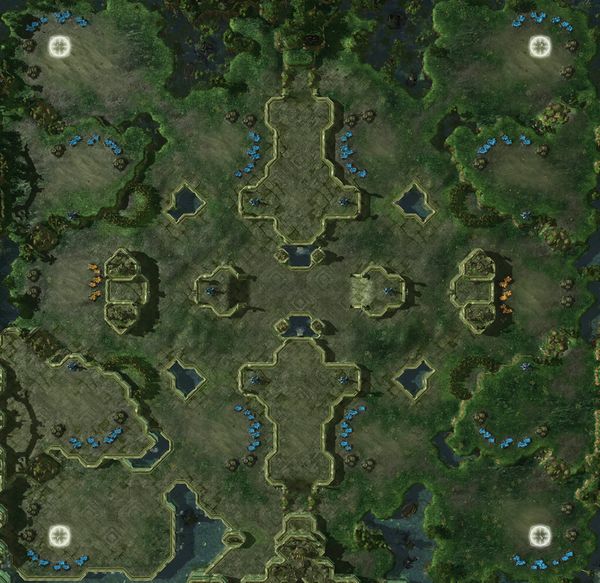 Kulas Ravine was part of the original Wings of Liberty beta map pack and one of the first maps to be revealed, since it was played in the first Blizzard Battle Report. It was a ladder map until October 7, 2010 and was used in the GSL.

Destroy rocks to gain access to easily defended resources. Watch Towers overlook the central battlefield. Destroy rocks to open up paths on the top and bottom of the map.

Note: By sacrificing a Pylon, a Protoss can copy all Terran wall-ins by replacing the Supply Depot with a Pylon and the Barracks with a Gateway. This may be useful in PvP for preventing all Zealot rushes.