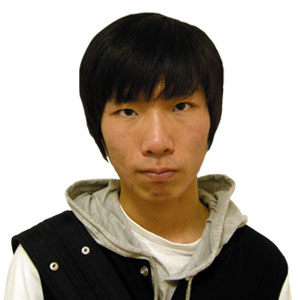 Kyrix was once a member of the Korean clan Zenith, and he was part of the initial roster that merged with the NEX clan to form the professional gaming team ZeNEX in October 2010.[1]

Kyrix is noted for his extremely aggressive Zerg play focused on Banelings and Speedlings while expanding to keep his economy up for more pressure. He is known for a very delayed Lair, often after taking a 3rd. This play style took many players in GOMTV's GSL Open Season 2 by surprise. After Kyrix defeated HongUn in Ro64, Artosis criticized his style and predicted that Kyrix would be eliminated very quickly in the tournament to a player that plays more defensively. Artosis' prediction was wrong, however, as Kyrix went on to eliminate AcE and Ensnare, surprising many people. He was beaten in an extremely close 2-3 series against MarineKing in the Round of 8, which is often considered to be one of the best series of SC2 played in the history of the game.

This performance made Kyrix one of the 16 invitees to the GOM TV All-Stars Invitational 2010. He cleaned through the tournament after defeating Ensnare again, BoxeR, TheWinD, and taking revenge on his rival MarineKing. He did not lose a single game in the whole tournament, defeating all of his opponents 2-0. Although he qualified afterwards for Season 3 he was upset in the Round of 64 by his teammate ZeNEXJSL. Artosis' earlier prediction seemed to be finally coming to fruition as players began to counter Kyrix's high economy baneling style, which by now had become extremely popular on the Korean ladder. JSL cleanly clipped the talons off of Kyrix's aggression by fast expanding and teching quickly to getting a Siege Tank with Siege Mode, putting it on the high ground. He also built several slightly spaced empty bunkers for an impromptu wall after seeing Kyrix making Banelings outside of his base.

In the 2011 January GSL S-Class tournament, Kyrix showed some very competent play in a different style from his usual Baneling aggression. He defeated former GSL Open 3 finalist Rain, but was defeated by TricKsteR and Choya. It might be noteworthy that in both cases, Kyrix was put significantly behind in the early game due to the use of offensive Photon Cannons. Being eliminated from his group in Ro32, he was forced to play in the Up and Down matches. In the Up and Down matches, Kyrix easily defeated July 2-0, maintaining his position in Code S. In GSL March, he advanced to the Round of 16 and lost 0-2 to anypro. In the Up and Down Matches of May, he lost 0-2 to viOLet then defeated TheWinD 2-1 and would remain in Code S. He participated in the GSL August Up and Down Matches after losing to NesTea and Happy in the group stages, ultimately losing 0-4 and dropping into Code A.

Kyrix played for the first time in Code A in the GSL October. He was knocked out in the first round by GuMiho.