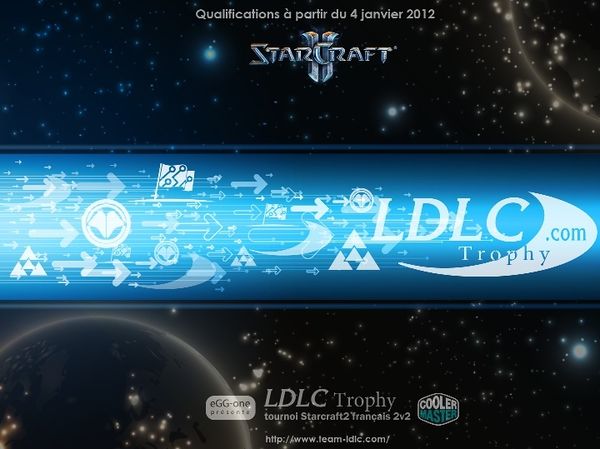 The LDLC Trophy 2v2 is a 2v2 tournament organised by eGG-one and sponsored by LDLC.com. The contest will feature eight French teams of two players placed in a single-elimination bracket. Six of these teams are invited and the two remaining spots are granted via qualifiers.[1] The quarterfinals and semifinals will be played online, with the finals played offline at the LDLC showroom.[2]

The prize for third place is €300 worth of vouchers.