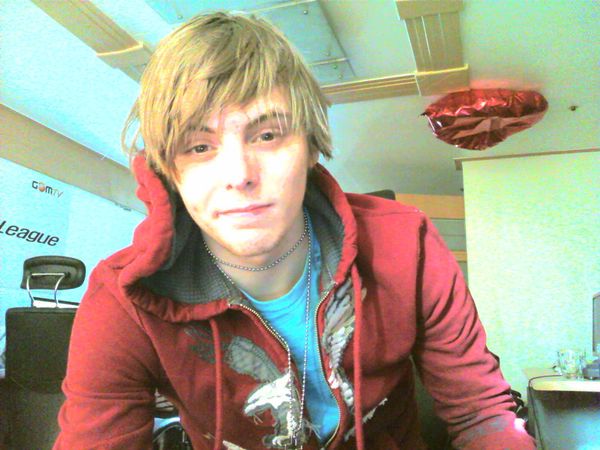 Nick "LastShadow" De Cesare is a former American Terran player from Rhode Island who is currently a coach for bbq Oliver's League of Legends team.

LastShadow played Terran since his days in Brood War, but switched to Zerg in summer 2011. When possible, he race picks TvZ instead of playing ZvZ. He had originally gone by the name LastShadow in beta, but switched to ajtls for the release of StarCraft II.[1]

He finally settled on the name LastShadow upon joining his new team, Team GosuGamers in March 2011.[4] On December 2, 2011, he announced that he is leaving GosuGamers.[5] Shortly after switching to Zerg, he switched back to Terran.

LastShadow also spends part of his time playing poker.[1] After becoming teamless, LastShadow lived in the team house of the League of Legends division of MVP before Samsung acquired it.[5] In 2015, he returned to the United States when he became the head coach of Gravity Gaming, which competes in the North American LCS, and currently commutes between Seoul and Los Angeles.

LastShadow started off at the first major SC2 LAN event taking 4th place at MLG Raleigh. He has since played at the 2011 MLG Columbus 2011 and MLG Anaheim 2011.

In August 2011, LastShadow travelled to South Korea to practice with the MvP B team (Project Supreme) in the team house.[6][7] Before he was able to practice with MVP's B-team, he was required to play series against "one of Korea's top 5 Code S zergs for an opportunity to enter a pro house in Seoul, Korea." One of the games he played was documented by Skew.

He has, since October 18, 2011 been releasing vlogs based on things such as his experiences in Korea, his infamous history in Brood War and general strategy.

In May 2012, LastShadow participated in the Red Bull Battlegrounds, he was knocked out in the group stage losing matches to Ret, PartinG and Squirtle.

Though he briefly took a break from StarCraft II, he has since returned to playing it.[8]