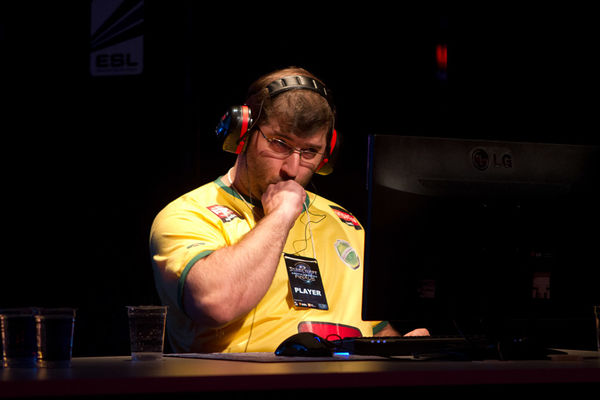 Carlos "Levin" Leonardo Cruz is a Brazilian Protoss player who was a member of Seleção Brasileira de Games team [1] and currently retired.

Levin was one of the most successful Warcraft III players from South America. Playing the Night Elves race, he placed second in the World Cyber Games Brazil 2006 and attended the WCG main events in Singapore 2005 and Italy 2006, losing to ToD in the playoffs both times.[2] [3] [4]

Levin made a name for himself in the 2012 StarCraft II World Championship Series. On May 5–6, he competed in the 2012 World Championship Series Brazil, where he dropped from the winners bracket early, but still made his way through the losers bracket until Tunico eliminated him. Achieving fourth place in the event, Levin earned a spot in the 2012 Battle.net South American Championship held in July. His run in this event followed the same path he had took in WCS Brazil. Levin once again dropped to the losers bracket in the first round, but managed to proceed to the last rounds in losers, knocking-out Capoch and Tunico in the process. He ultimately lost to Fenix, and took third place of the event, which granted him a $2,700 prize as well as a spot at the 2012 Battle.net World Championship.