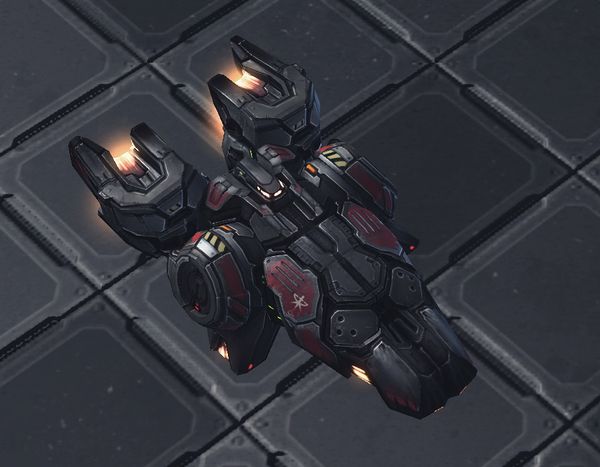 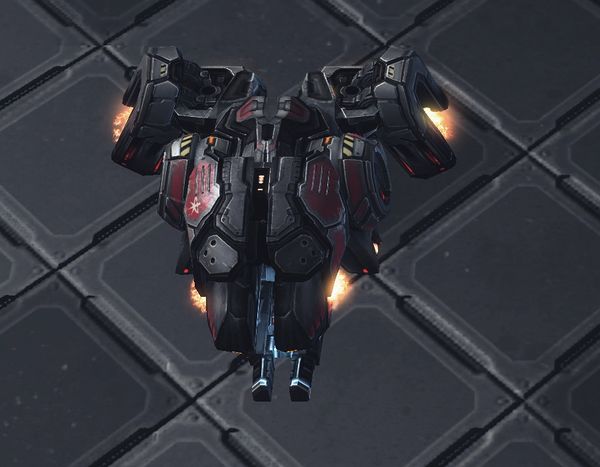 The Liberator is a fast and versatile Terran air unit introduced in Legacy of the Void. It can be built from the Starport and double produced from a Reactor.

"In order to combat clusters of aerial threats, the Dominion created the Liberator; a gunship-class vessel inspired by the old United Earth Directorate Valkyrie." This air-superiority craft has an area of effect on its air-to-air attack in "Fighter Mode". In this mode it is slower than Medivacs & Warp Prisms with their Speed Upgrades, Phoenices, Oracles, and Mutalisks, and has the same speed as Corruptors; it is able to chase down any other target. With its transformation into "Defender Mode" (upon a 2 second delay) this unit turns into a powerful, though immobile, air-to-ground unit with long range and very high damage output.

The Liberator is comparable to the similarly siege-oriented Siege Tank, but importantly, the Liberator attacks in a zone selected upon activating Defender Mode, rather than all around itself. It can have its range upgraded, by researching Advanced Ballistics (requires a Fusion Core). It can also be produced with a Reactor, whereas the Tank requires a Factory with Tech Lab. Siege Tanks need defense from ground units via Bunkers and buildings to block the enemy from simply rushing up to the Tanks, while Liberators may be accompanied by either Widow Mines for combined anti-air and ground or a few Missile Turrets, Vikings or Marines, depending on whether the enemy is trying to overwhelm from the ground or is using air-to air units.

To enter Defender Mode (colloquially called sieging), the player must specify a target area, which will remain fixed as long as the Liberator remains in Defender Mode. The target area is a circle of radius 5 and is indicated to all players with vision. The "casting" of this circle has range of 5, resulting in a maximum attack range of 10 (without upgrades). While sieged, the Liberator can only attack ground units within its target area. The player gains vision of the target area.

This upgrade allows the Liberator to be an additional 3 units of distance away from its target area. As a result, the maximum range grows to 13. The target area's size and shape remain the same.