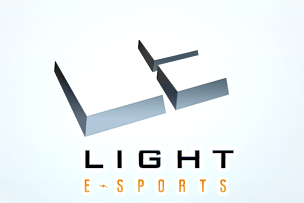 Team LighT is a former competitive StarCraft team that was formed in the Brood War era. The team went on hiatus from February 2010 to January 3, 2012, when it was reformed for StarCraft II under the name LighT eSports.[1] The team disbanded on March 7, 2013. [2]

Team LighT was one of the most renowned non-Korean teams in Brood War. It is known as one of the best American teams of all time, preceded by 88), rS, and Media. LighT was the first ever American team to advance to Division 1 of BWCL, the oldest clan league; the team finished in the top 3 almost every season. LighT also finished the first three seasons of WGTour.com's clanwar ladder ranked as the #1 team, and advanced to the quarter finals of the World Team Cup in 2007, a 128 team tournament. In the $1,500 WGTour Titans League, LighT finished 4th, losing to LRM in the semi finals. LighT also finished 4th in the first and only season of the E-Sports International, a $700 clan league. LighT lost to Fnatic's Chinese squad in the semifinals. Its various finishes rank it as one of the best teams in the foreign scene along with ToT, LRM, and RoX.

LighT was home to some of the best Canadian players from 2006 to 2008. Raptor placed 2nd at WCG Canada 2006, earning him a trip to the WCG Grand Finals in Monza, Italy. Bandit took 4th at the event, being the only player to defeat the eventual champion Testie, beating him 2-1 in the group stage. In 2007, SchiSm upset the heavily favored MgZ)Oldy at WCG Montreal by defeating him 4-1 and advancing to the WCG Canada finals. After an epic three game series, he managed to take down his teammate CoolTemplar, who had defeated IefNaij in the previous round. In the loser bracket final he lost to his teammate Bandit and finished 3rd. Bandit went on to the Grand Finals to be defeated by Testie, earning him a 2nd place finish. Overall, LighT took the 2nd, 3rd, 4th, and 8th place at the tournament. In 2008, Xeris and TT1 teamed up to host the CAN-LAN, the largest prized event for Brood War in the country at $1,500. IefNaij took first place over MgZ)Oldy. LighT players AeriALs, SchiSm, Freaky, TT1, and Xeris all finished in the top 8, with AeriALs taking home 3rd place.

In the American scene, LighT also became a powerful force. In 2008 and 2009, Louder took 3rd and 2nd place, respectively. Future, a two time WCG USA finalist, finished in the top 10 at WCG USA 2008, and KawaiiRice became the youngest WCG USA finalist ever by qualifying in 2009, although he failed to advance from the group stage. In 2010, despite having already switched to Starcraft 2, KawaiiRice qualified, but failed to attend the WCG USA Finals.

Unfortunately, after his performance at WCG Canada 2007, and when it was announced that Canada would not host a WCG tournament in 2008, team captain Bandit announced his retirement. SchiSm followed suit after the CAN LAN in 2008. In late 2009, Louder joined team EG, with both AeriALs and Shad being recruited by the top foreign team, ToT. The final cornerstone of the team, Sheth (then ChOseN) went inactive indefinitely in 2009 due to school and family issues; he would later return in StarCraft 2. With KawaiiRice as the only remaining player in the starting lineup, Xeris decided to close the team in February 2010 upon the release of the StarCraft 2 beta.[3] 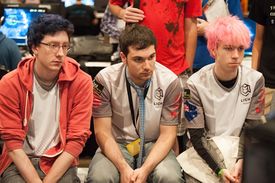 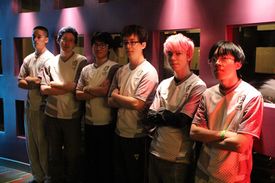 Player Roster at time of Disbandment[edit]