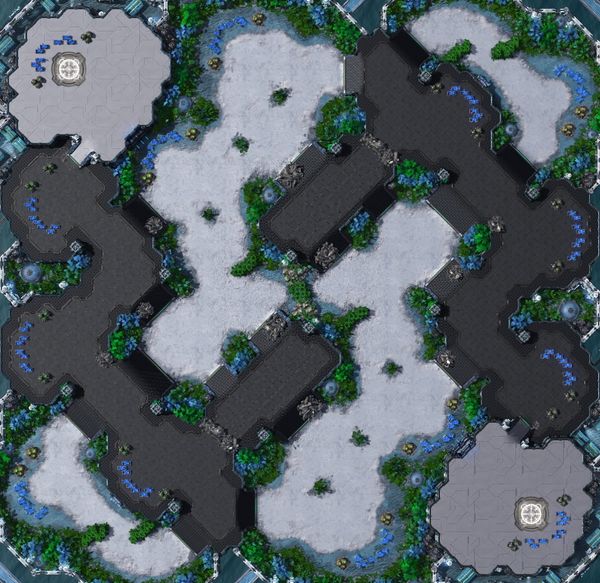 Lightshade is a typical standard map with two third base options and 7 bases per player, and can support a wide variety of playstyles. The destroyable debris and rocks give players a bit of security early on, and destroying them makes it easier to maneuver armies around the map.

Features 14 blue bases in total, line of sight blockers in the middle area and in the corner paths, debris on many of the ramps making them initially smaller until cleared up, also rocks at the direct center path, one set of large debris is dividing the central part of the high ground from the high ground near the corner, basic rake base layout (similar to e.g. Acropolis and Simulacrum), all in all, a very standard map.