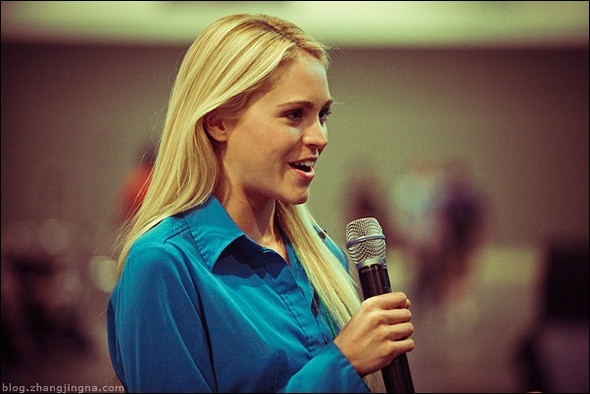 Lindsey Sporrer is an American actress and model. She gained fame in the StarCraft community after performing interviews for the North American Star League in their Season 1 Grand Final event.

In 2004, Sporrer won Miss South Carolina Teen USA and placed in the top 15 at Miss Teen 2004.[1] Lindsey started a modeling career in NYC with Wilhelmina but eventually chose to put her career on hold to attend Clemson University, where she graduated with a Bachelor of Science in Business.[2] She took part in Miss California and ended as 2nd runner-up.[3] Currently she lives in Hollywood and in her pursuit of an acting career has performed guest roles in various TV shows[4] and commercials.[5][6]

Lindsey was first introduced to StarCraft II when she was hired by the NASL to interview the audience attending the NASL Season 1 Grand Finals in between games. While her lack of knowledge about the game became obvious when she asked a fan if they liked the "ZvG matchup" and the professional player Drewbie for his favorite team, she was quickly embraced by the community and showed an immediate desire to learn more about the game.[7]