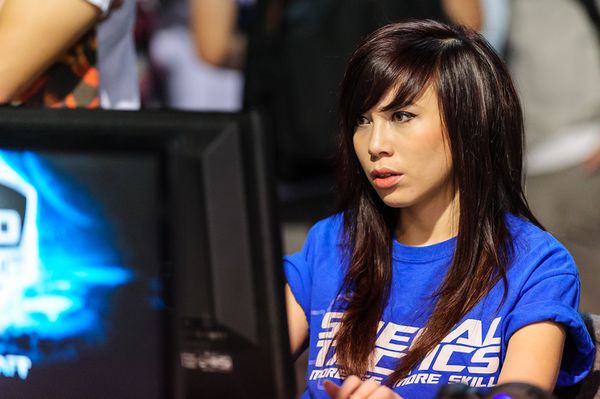 Olivia "Livibee" Seeto is a Zerg player and caster from Sydney, Australia. She has done a lot of work on the SEA scene and gained international recognition when she played on the main stage of 2013 MLG Spring Championship.

Livibee grew up in Sydney, Australia, along with her sisters Sarah, Jessica and brother John. She was raised in a family of gamers from the very start of her childhood. Her father built her first computer at the age of 10, where she soon become addicted to StarCraft: Brood War. Livibee shifted focus away from gaming and StarCraft during her Senior Year of High School as well as during her time at University due to her focusing on school.

In 2011, her sister Jessica started streaming on Twitch under the name Cheekyduck. Livibee soon joined her sister and the two jointly streamed on the channel as “TheBeeDuck” for a number of years.

Shortly after, both Livibee and Cheekyduck were invited to cast the IPL4 Pacific Qualifiers in the Philippines alongside Tasteless and Artosis. Upon returning from this event, she shifted her focus to StarCraft II and set goals to play competitively and attain Grandmaster status.

In 2013, soon after Livibee graduated from University with a Bachelor of Visual Arts, she decided to quit her job working retail, and travel to the United States to practice and stream full time while attending events.

While having reached GM in the SEA region, Livibee was still having difficulty attaining GM in the North America region. In October 2014, amid some controversy, she attained GM placement.

This was further complicated due to long stretches of travel between the United States and Australia due to the birth of her niece.

In July 2015, Livibee again attained GM placement while in the US and streaming regularly. In order to remove any questions of her placement, Livibee live-streamed nearly every game of her named GM account with offline practice performed on an unnamed account.

Livi started becoming involved in the scene through her casting with her sister Cheekyduck, they formed the casting duo the "Beeduck". They casted online qualifiers and LAN tournaments in Sydney, Australia. Livibee used to play Protoss in Starcraft: Brood War up to 2010 and then switched to Zerg in 2011 because she was told that the Beeduck casting duo would be stronger if the two played different races[Citation needed]. She then focused more on improving her game play, reaching masters mid-late 2012, Grandmasters on SEA in February, 2013 and Masters on Korea shortly after.