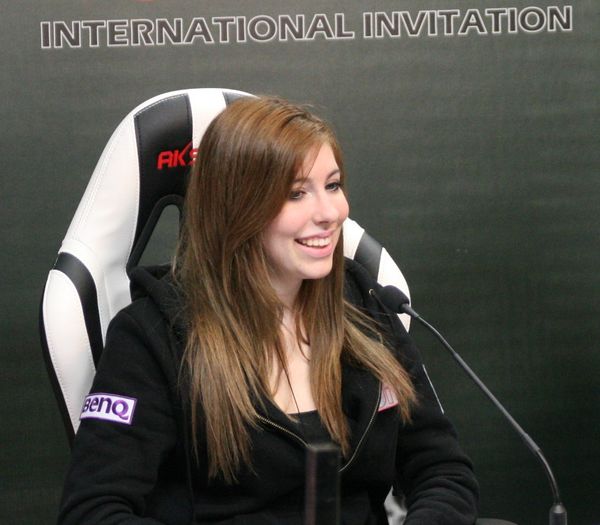 Geneviève lives in Québec, Canada. She works for Ubisoft Montreal as a Transmedia Production Coordinator. She has a law degree from University of Montreal and a DEC in fine arts from Lionel-Groulx College. She started doing interviews in March 2012 for GoSc and then joined CyberActiv as lead interviewer and Community Outreach Officer. She did coverage for Quantic Gaming at IPL5 and for FlamingCowTV at MLG Dallas 2013. Geneviève is an official caster for Playhem.

Livinpink started playing StarCraft II: Wings of Liberty when it was officially released, originally playing exclusively ladder team games. She plays as Terran on ladder and often streams her play on her personal Twitch.TV account. Her entry into esports came while streaming 2v2 matches under the name "2rax" with another girl with id "Legendary" in August, 2011. She then joined GoSC and became an active member of that group. When Legendary stopped playing StarCraft II, Livinpink then opted to start her own stream, moving from ladder team games to 1v1 games and commentating for various tournaments. She casted offline tournaments Zowie Divina in China and LAN ETS in Canada as well as KSL and Playhem.