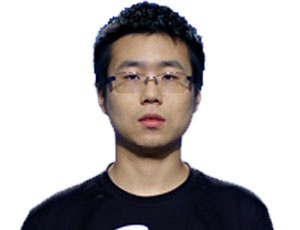 Dai "Loner" Yi was a Chinese caster and retired Terran player who was a member for World Elite and Zenith of Origin. Regarded as one of the best Chinese StarCraft II players, Loner has finished in second place at the BlizzCon 2010 StarCraft II Invitational. He also reached the round of 16 at the GSL Season 2. He played Heroes of the Storm before June, 2014 and then retired again.

Loner was active in beta and competed as part of the winning Team China in the Stars War Reborn tournament.

As a founding member of Panda, which was created on March 16, 2013, Loner quickly rose to fame with his successful journey in various Beta tournament, both in local online events and international ones. On September 22, Loner leaves PanDa with his coach, Edison and team mate Luffy [1] It was announced that Loner had joined the Starcraft division of World Elite and moved to Korea for GSL Season 2 alongside Edison and Luffy, with Edison acting as their coach and manager.[2] Loner managed to qualify for Season 2 and reached the round of 16, losing to BoxeR. Although he was unable to qualify for Season 3, Loner's performance was enough to allow him to compete in the A-Class tournaments of 2011.

Loner gained more recognition after placing second at the Blizzcon 2010 tournament. He remained undefeated going in to the finals but then dropped four straight games to Genius, whom he had sent to the losers' bracket earlier in what was long and close series. After Blizzcon Loner continued his dominance in his region by taking out both Luffy and Sen in qualifications for the IEM Season V - Southeast Asian Championship finals. At the finals, he faced off against the Australian mOOnGLaDe, and was defeated 1-3, falling just short of getting to the World Championship stage.

Loner managed to maintain his Code A status by defeating Pippi in the Round of 32 of the first Code A tournament of 2011. He fell 0-2 to Cezanne in the subsequent round. Loner was dropped out of Code A in the second season, after being defeated 0-2 by August in the first round.

In February, 2011, Loner was invited to participate in the TSL3 tournament. He lost in the opening round against White-Ra 1-2. He also appeared in the Chinese WCG wildcard tournament, where he advanced all the way to the finals where he defeated his teammate, LoveTT.

Loner qualified for the G-League Season 1 after fighting through a tough open bracket. He eliminated Jim in the first round and defeated xiaOt in the Round of 8. He was then knocked out by XiGua in the semifinal. He went on to defeat Loup 3-0 in the third place match.

Loner also participated in the China 1st 3D Electronic Games tournament where he beat Moon in the finals 2-0.

He has qualified for the G-League Season 2.

Due to visa problems, XiGua and Uhen was unable to go to Blizzcon, which meant that Loner would be able to go instead. There, he was beaten by Sheth in the first round, followed by another loss to Brat_OK in his first match in the lower bracket.

He has qualified for NEO Star League Season 1 Round of 16.