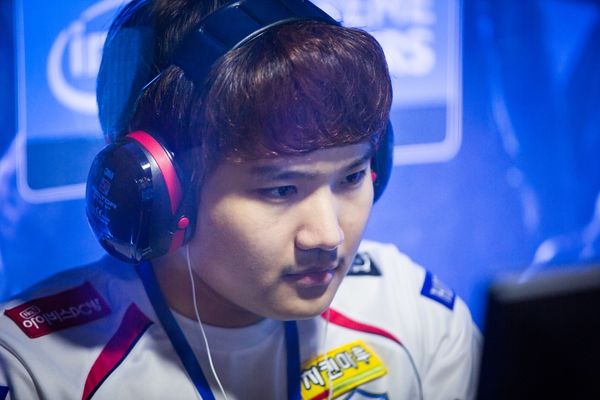 He used the nickname "KangHo" for some time but he switched back to his old one. This was confirmed during HomeStory Cup X.

Losira was born and raised in Pusan, South Korea. When he was in middle school, he was introduced to the StarCraft: Brood War, eventually becoming a progamer on Hwaseung Oz. During his Brood War career, Losira was a B-team Terran. After not making any significant results he switched to StarCraft II.

Losira was seen in the first GSL Open Season. He would face off against German player TLO where he would be defeated in the first round 0-2. Losira was unable to qualify for the remaining 2 open seasons, thus not qualifying for Code A.

Losira would finally qualify for the Code A GSL March season. He made his way through to the finals where he faced off against SuperNova, narrowly defeating him 4-3. Losira easily defeated BanBans to take his Code S position for the next season.

Losira's debut in Code S would be in GSL May. He made a strong run by finishing second in the group stages and defeating Alicia in the proceeding round. In the Round of 8, Losira would be surprisingly swept 0-3 by sC, but still go straight into Code S for the next season.

The following season in July, Losira would show off a notable improvement in his match up against Terran, defeating players such as MarineKing, TOP and ByuN. Losira would end up reaching the finals where he would be swept by his teammate, NesTea.

Although placing second in GSL July, in GSL August, Losira would make a quick exit out of Code S, losing 0-2 to Ensnare and Genius and going to the Up & Down Matches. There, Losira tied with Check and jjakji with a score of 3-1. After one round of playoffs, they were still tied, but in the second round Losira ended up retaining his Code S spot.

Losira would make it into the round of 16 in GSL October after placing second in the group stages only to lose to his team mate Happy.

In GSL November Losira would not stay in Code S for much time, being selected to be in Group B and ending up with a 1-2 record, due to Format Changes Losira would drop to Code A Round of 32 and face Alicia, whom he beat him in a close series 2-1, advancing to the Round of 24. In the round of 24 Losira would meet Brown, somewhat surprisingly he would lose 0-2 and got knocked into the Up and Down Matches, where Losira placed third in his group with an overall score of 2-2, resulting in him falling out of Code S.

Arena of Legends - The King of Kongs[edit]

Due to placing second at GSL July 2011, Losira was invited to participate in the Arena of Legends: The King of Kongs. He was placed in Group A, where he finished first overall after beating GSL August 2011 runner-up TOP and GSL January 2011 and GSL World Championship 2011 runner-up MarineKing 0-2. That made him qualify for playoffs where he faced GSL March 2011 runner-up July. He beat him 3-1, advancing to the finals against GSL Blizzard Cup 2011 runner-up DongRaeGu. In the finals, Losira would end up only taking one game off of DongRaeGu, therefore losing 1-4 and taking second place.

Starting this season in Code A, Losira lost in the Round of 48 to TheStC, losing his Code A status in 2012 GSL Season 1.

Once more it would take two seasons before Losira would requalify for Code A. This time he participated in the preliminaries for Season 5 of 2012 and won his group 2-0 over s2. In Code A Losira won over Maru with a 2-1 in the round of 48, but fell to Jaedong 0-2 in the subsequent round, placing him in the Up & Downs of the next season.

Losira would go on to win his Up & Downs group 4-1, narrowly surpassing the 4-1 of DongRaeGu due to a head-to-head victory, and thus find himself back in Code S for the first time since 2011. In the Code S of Season 1 of 2013 round of 32 Group E Losira defeated Ryung twice, losing to PartinG in the winner's match, and moved on to the round of 16. Here to lost 2-1 to GuMiho in a nailbiting series considered by many to be the best series of 2013, and maybe one of the best of all time.[1] After this epic display of ZvT, both Losira and GuMiho would lose their next matches in the group, falling in 4th and 3rd place respectively. In Code A, Losira beat soO 2-1 in the round of 24, and went straight back to Code S.

Despite not being visible in GSL competition at the time, Losira would be played heavily for IM during the Zotac Team Invitational. Losira would also see play in the first GSTL where he was used against ZeNEX and StarTale. In the second GSTL March season, Losira was the starter against ZeNEX where he would perform an all-kill of the team.

Losira's participation in foreign tournaments has revolved purely around MLG (Excluding teamleagues) since he was announced in May, 2011 to be one of the first four South Korean invites chosen to participate in the GSL-MLG Exchange Program. Through the exchange program, he participated in MLG Columbus 2011 where he went undefeated in his group 5-0 (10-2 in maps) and as a result got seeded into the round of 8. Here he defeated NaNiwa 2-0, but afterwards lost to MMA with a 1-2 score, falling down to fight MC for a spot in the Grand Finals where MMA was already waiting. Losira managed to defeat MC with a 2-1, but swiftly lost 2 maps once more to MMA for a final extended series score of 1-4, taking a second place.

This would turn out to be Losira's best result at MLG. He would go on to participate in MLG Providence 2011, going through Open Bracket 3. On his way to the Bracket Finals, he defeated sC. He was defeated by his teammate Mvp 0-2 in the finals, sending him in the Championship Losers' Bracket. He then beat KeeN 2-1 but was eliminated by PuMa 0-2, to finish in a 21st place.

In 2012 he participated in 3 of the Arena tournaments, qualifying through the Korean qualifiers, starting with the 2012 Winter Arena where he lost straight away to MarineKing 2-1, and then to Grubby 2-0. After this he played in Spring Arena 2, beating moOk but then losing to Inori in the winner's bracket and Dream in the loser's bracket. After those early exits, he would make it deeper in the Summer Arena where he beat ReaL, SaSe, and aLive before falling to TaeJa. In the loser's bracket he lost to his teammate First and would end in 5/6th place.

This Summer Arena finish seeded him directly into Group Play of the 2012 MLG Summer Championship. Here he would make another quick exit, losing to Hawk and then defeating Caliber and IdrA in the loser's bracket before once again meeting First and once more losing 2-0.

On April 13, 2012, Losira participated in the EWM Season 2 Week 3. Losira received a BYE in the first round and then went on to take down hOsys, Sia, Min, and asd to advance in to the finals against CoCa. He wasn't able to advance any further and had to settle for second place after losing to CoCa by a score of 1-2.

On April 20, 2012, Losira participated in the EWM Season 2 Week 4. Losira received a BYE in round one and then went on to take down Shine, Tiger, Tassadar, and Whale to advance in to the finals against KingKong. Losira defeated KingKong by a score of 2-0 and advanced in to the EWM Season 2 Finals where he would have a shot to obtain a Code A seed if he won against the other weekly winners.

On July 27, 2012, Losira participated in the EWM Season 3 Week 8. Losira received a BYE in round one and then went on to take down Cyrano, Terius, and inori to advance in to the finals against TOP. Losira defeated TOP by a score of 2-0 and advanced in to the EWM Season 3 Finals where he would have a shot to obtain a Code A seed if he won against the other weekly winners.

On July 2, 2012, Losira participated in the 2012 OSL Non-KeSPA Preliminaries. Losira received a BYE in round one and then took down 장진성, Choya, Shine, and faced YugiOh in the finals. He was not able to advance any further and had to take 2nd place after he lost to YugiOh by a score of 0:2.

Known throughout Wings of Liberty as "LosirA", he took the opportunity granted by the newly released Heart of the Swarm to change his ID to his Korean name "KangHo". It was confirmed at HomeStory Cup X that he had switched back to his old ID "Losira".

Due to making it out of Code A the previous season, Losira would start out in Code S, or the "Premier League", in the 2013 WCS Season 1 Korea GSL. Placed in Group D, Losira defeated TRUE twice, with a loss to TaeJa in the Winner's match, to move on to the Round of 16. Picked by soO in the group nominations, Losira was placed in Group D again which would match him against the final player who hadn't been picked during the selections. This turned out to be GuMiho, resulting in a rematch of last season's Round of 16 match between the two. Losing the first match against GuMiho 2-0, Losira went on to make a narrow comeback by defeating soO 2-1 in the Loser's match, and defeating GuMiho 2-1 in the Final match of the group. In the Quarterfinals Losira played a close series against sOs, losing 3-2, but was given a second chance to reach the 2013 WCS Season 1 Finals through the Placement matches. Here he would have to play Bomber. Swiftly defeating the Terran with a 3-0 score, KangHo successfully qualified for the Season 1 Finals.

On December 2, 2015, it was announced that LosirA had joined KT Rolster after a relatively successful 16 months on MVP.[2]

Min and Losira both share the same name "Hwang". After Min's mother watched KangHo all-kill ZeNEX, she told Min to "never get behind him".