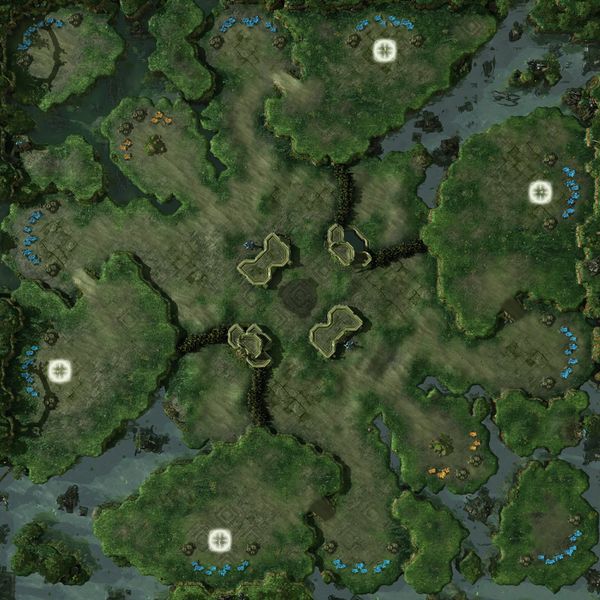 Lost Temple was the defining map of the early StarCraft era, and so it continued its existence throughout Warcraft III and finally arrived as a map in Wings of Liberty beta. It also hosted the fourth Blizzard Battlereport between David Kim (T) and Yean-Ho Lee (P). The map was removed from official Ladder play on February 25, 2011, as well as most popular competitions, it was replaced by The Shattered Temple.