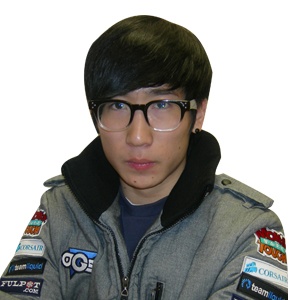 Luvsic took part in the SAGAcity Invitational 2011 where he lost only in the final to Mvp. During the tournament Luvsic defeated MarineKing, Minigun, Junwi and TOP.

On February 12, 2012, Luvsic participated in the ESV TV Korean Weekly Season 2 Weekly 4. After taking down DeathAngel, jookTo, Miya, and Min, Luvsic went on to face Hack. He was not able to advance any further after he lost to Hack by a score of 1-3 and ended up taking third place.

In 2011 Luvsic first qualified for the GSL July 2011, defeating GanZi in his bracket's finals. He defeated Creator 2-1 in the Round of 32 and secured Code A slot for the next season. In the Round of 16 Luvsic lost to Dream 2-1 and did not manage to qualify for the Up&Down matches.

In the 2011 GSL August Code A Luvsic lost to jjakji 2-0 in the Round of 32 and was eliminated from the tournament.

Luvsic managed to requalify for Code A through the 2011 GSL November Preliminaries, defeating Sleep 2-1 in the Ro 4 and AnNyeong 2-0 in the finals of his bracket. In the 2011 GSL November he would advance out of the Round of 48 by defeating HongUn 2-1. His next opponent in the Round of 32 was DongRaeGu who fell from the Code S Round of 32. DongRaeGu ended up beating Luvsic 2-0, and in the Up and Down Matches, Luvsic would place last in his group, going 0-4 after losing to JYP, July, HerO and YugiOh. Therefore, Luvsic stayed in Code A in the 2012 GSL Season 1.

In 2011 Luvsic made his debut for the team Old Generations in the 2011 GSTL Season 1 in the match vs F.United where he won over SocceR in the 3rd set before losing to Fenix in the 4th.

Luvsic also played in the 2012 GSTL Season 1 in the match vs MvP where he lost to DongRaeGu in the last set.