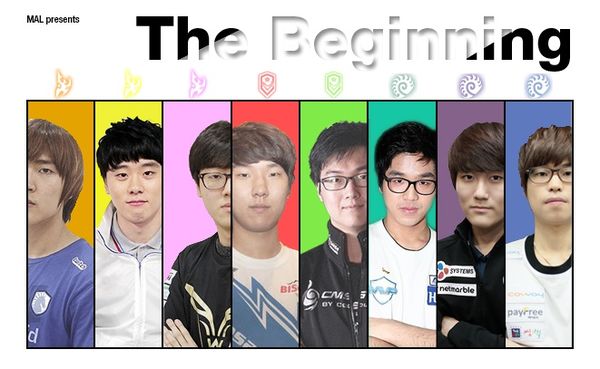 MAL presents: The Beginning is an online tournament organized by MAL, aka James the Translator, and sponsored by DSP-Design and 2LD. The tournament brings forth a new twist to online tournament scenes, as it will feature all players’ webcams and microphones to see reactions in the midst of a battle and to hear more from the players during the map vetoes and pre/post game interviews.

$1,300 are divided among participants as follows:

Polt forfeits due to WCS date changes.[1] As a result, Oz and DongRaeGu go to the survival round, with Oz in second place, since he won against DongRaeGu in the Group Stage.