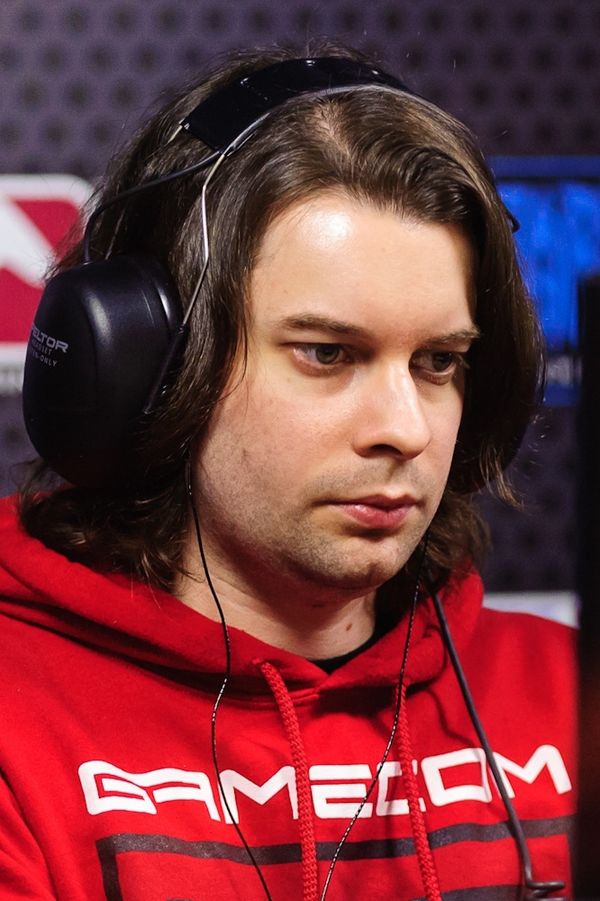 He is also a caster and aformer WCG representative for Australia in Warcraft III.

Playing out of his hometown Brisbane, Queensland, mOOnGLaDe played Night Elf in his Warcraft days and now plays Zerg in StarCraft II. 'Andy' is no stranger to the Zerg race, however, as he achieved a rank of B- on iCCup using Zerg in StarCraft: Brood War.[1]

He was also very accomplished in Warcraft III, touting WCG wins over Grubby,[2] WhO[3] and DeMusliM.[4]

mOOnGLaDe was invited to participate in the HDH Invitational, from which he was eliminated in the round of 16 by NonY.[5]

With the launch of the StarCraft II beta, GLaDe stated his intention to prepare for competitive play upon the retail release of the game. In addition to maintaining a top 4 position in his Platinum League division, GLaDe has participated in a number of community tournaments such as DacTheHork's Triple Strike Team Cup and Smuft's Team Battle Tournament, and won the Australian SC2 Showcase. He has since further strengthened his claim as the top player from the Oceania region with a convincing 3-1 win in the first TransTasman SC2 Championship, over Pinder after coming from the lower brackets.

He has since further consolidated himself in the top tier of Australian players by winning the Mar Sara Trials and taking second place in the second TransTasman SC2 Championship, as well as being invited to play in several international events.

Going by the name 'GLaDe' on the SEA server he has been monumental in his tournament achievements, including prized placings in both TransTasman Championships, the Mar Sara Trials, WD PSI Storm 2010 as well as some LANS and smaller tournaments.

One of mOOnGLaDe's strongest results to date has been his performance at IEM Season V - World Championship where he placed highest amongst non-Korean players at 4th place. After blitzing his group he finally fell to fellow ex-WC3 Night Elf and fellow Zerg Moon to qualify as second seed. After upsetting MorroW 3-1 he was defeated by AcE 0-3, and fell to the 3rd place playoff against Squirtle where, in a close series, he was unable to take the final game, losing 2-3 but still securing a hefty $2,500 prize purse. mOOnGLaDe was also invited to Season 1 of the NASL.

mOOnGLaDe was invited to participate in the GSL March in 2011 as one of their internationally seeded players, along with fellow foreigners Ret, HuK, and HayprO. He would be ousted in the first round by Jjun. mOOnGLaDe would also be one of the international players chosen to represent the foreigners in the 2011 GSL World Championship, he would be eliminated immediately from the bracket by Canadian TT1. Attempting to qualify for GSL May, mOOnGLaDe was defeated in the first round of the open qualifiers by viOLet. He would return to Australia for personal reasons as the rest of the FXO roster went to Korea.

mOOnGLaDe was one of the players from SEA to make it into the Blizzcon 2011 tournament. He would face Mvp in the first round, losing 0-2, and then lose again in the lower bracket to Ret, 1-2.

During December 2011. mOOnGLaDe participated in the WCG 2011 Grand Finals. He came out first in his group 5-1 which consisted of players such as Sen, Socke and elfi. He would later enter the round of 16 and lose a close series to MarineKing.

He played in the group stages of IEM Season VII - Cologne at Gamescon in Cologne, Germany. He was in a group with sLivko, Grubby, Bomber, elfi and Minigun. mOOnGLaDe upset Bomber 2-0 and beat Minigun 2-1 but fell 1-2 to Grubby, elfi and sLivko, putting him at 4th place in the group, just short of advancement.

From August 10 to August 11, mOOnGLaDe participated in the World Championship Series 2012 Australia. mOOnGLaDe defeated deth, Techtron, and YoonYJ, in order to advance in sixth round to face PiG. He lost to PiG by score of 1-2 and fell to the losers' bracket. In the losers' bracket, mOOnGLaDe successfully defeated MaFia and advanced in to the finals for a chance to get revenge against PiG. mOOnGLaDe put up a great fight and fought valiantly but wasn't able to get his revenge as he lost to PiG by a score of 2-1, 0-2, and ended up in second place.

mOOnGLaDe started off his run at WCS Oceania by winning an epic series against KnighT 2-1. In the second round he avenged his loss to PiG the previous day and defeated him 2-0. From there, he defeated MaFia 2-0 in the upper bracket finals and again in the grand finals to win WCS Oceania.

mOOnGLaDe managed to reach the round of 8 in WCS America 2013 Season 1 Premier League, defeating such players as Illusion, Apocalypse, and TheStC, but was eliminated in very close games against Axiom's Ryung. He was unable to qualify for the Season Final, losing to Ryung's teammate, Alicia, however his performance still qualified mOOnGLaDe for Premier League Season 2.

mOOnGLaDe attempted to play in the North American HomeStory Cup 7 Qualifier on June 3, 2013, but was disqualified along with some Chinese players for not being American.[7]

In WCS America 2013 Season 2 Premier League, he was unable to replicate his previous performance, losing to XY and Polt in his Round of 32 group to fall to Challenger League. He lost in the first round to the New Zealander Tileä to fall to the group stage, where, due to theognis's retirement, he only played puCK, whom he lost to twice to remain in Challenger League for Season 3.

At the end of 2013, it was announced that he would be casting the 2014 Proleague with Brendan Valdes and Wolf.[8]