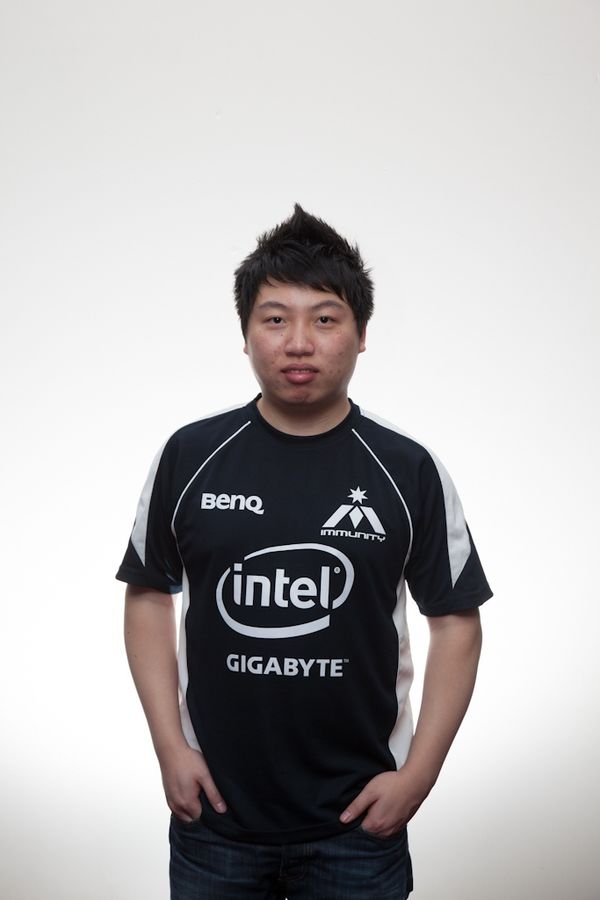 Timothy "MaFia" He is a retired Australian Zerg player.

MaFia is an Australian Zerg player living in Sydney. StarCraft II is his first competitive PC game but he has a strong history in strategic card games such as poker and Magic: The Gathering. He is known in the Australian scene for his motivation to improve, mass laddering, and strong decision making. He also has historically stronger results at LAN than in online tournaments.

As mentioned, MaFia had a history of competitive Magic: the Gathering where he won two Australian national tournaments. After Magic: the Gathering he turned his attention towards playing poker, placing third in an AAPT in Sydney shortly after taking it up and winning over $320,000. He is still a successful poker player and uses it to earn cash while continuing to play SC2 competitively.

MaFia was a founding member of Xeria Gaming, a SEA based Gaming organization which launch in August 2011 along with his team mates, Light, iaguz and JazBas

As mentioned, MaFia has no prior gaming history. So he got to where he is now through the SEA scene by mass laddering to make up for his lack of mechanics. He won a few minor online events but his major winnings have come from live events.

From August 10 to August 11, MaFia participated in the World Championship Series 2012 Australia. MaFia started off the very first round with a victory over Legionnaire by a score of 2-0. However, he then lost to YoonYJ 1-2 and fell to the losers' bracket. In the losers' bracket, MaFia defeated BiGbiRd, Ninja, tgun, and Light in order to advance in to the sixth round to face mOOnGlaDe. That's where his run ended as he lost to mOOnGLaDe by a score of 1-2 and ended up taking third place.

On the 12th of August MaFia participated in the World Championship Series 2012 Oceania Finals. MaFia started the day getting revenge on YoonYJ (see WCS Australia results above) defeating him 2-0, he then went on to take out tgun 2-1 before falling to mOOnGLaDe 0-2 in the Winner Bracket Final. The Lower Bracket Final saw MaFia again come up against tgun where again he emerged victorious 2-1, he faced mOOnGLaDe in the Grand Final where he lost 0-2, taking second place and booking himself a ticket to the Global Finals

On 22 November 2012 MaFia would participate in IEM Season VII - Singapore. Having qualified for the group stage via the open bracket he would be placed in group A. Here he would go 2-3 (4-7 on maps), placing second from bottom in his group and being knocked out of the tournament.