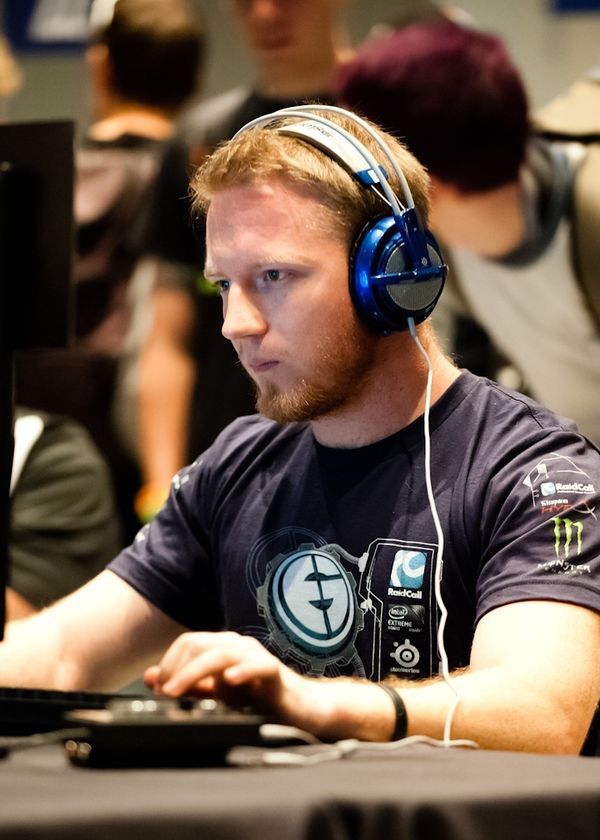 Machine has been playing StarCraft competitively since 2004. His biggest Brood War result was made in 2008 where he placed top 4 in WCG USA. He is also known for having lived in the 'nerd house' along with Psyonic_Reaver and Nyoken, his Evil Geniuses teammates at the time. Recently, Machine has been living in the Evil Geniuses team house in Arizona with the other Evil Geniuses players.[1] Machine has a strong presence in the community due to the various StarCraft II shows and events he participates in, despite relatively poor results in tournaments.

Evil Geniuses was very active in the early stages of beta, with many of the players frequently being invited to events. Machine was among them and competed in a number of early events. He won the third MLG SC2 KotBH over LzGaMeR and played as part of team Evil Geniuses in a number of team battle and clan war events. His biggest success in the beta was winning $300 for placing second in Hello, Goodbye Tournament, losing in the finals to IdrA. Machine was also invited to the TeamLiquid SC2 Invitational 2. He lost in the round of 16 against Louder 1-2.

At MLG Dallas 2011 Machine was placed in pool D, where he defeated Tyler 2-0 but lost to the rest of his group, Agh 1-2, Drewbie 1-2, and NaNiwa 0-2. Despite these losses he would finish 3rd in his group. In the championship bracket, Machine would be defeated by mOoNan, 0-2.

Machine played in IGN ProLeague Season 1 but had poor results, losing 0-2 to SeleCT first round and Minigun 0-2 in the loser's bracket.

Machine went 2-7 in his North American Star League Season 1 division which did not qualify him for the main bracket, nor season 2. At MLG Columbus 2011, Machine would again be placed in pool D where he would go 2-3 (6-7) and rank 3rd. He defeated iNcontroL 2-0 and MajOr 2-1, but lost against HayprO and TLO 1-2, and LosirA 0-2. Machine would later fall to ThorZaIN in the championship bracket.

At DreamHack Summer 2011 Machine went 1-4 in his group; he won against Sushi 2-0, but lost to SjoW 1-2 and lost 0-2 to HasuObs, July, and ThorZaIN. Shortly after, Machine participated in HomeStory Cup #3, but did not get out of his group, losing to White-Ra, GoOdy, and DarKFoRcE, all 1-2. 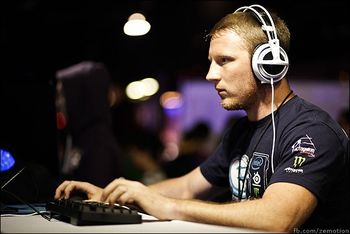 MLG Anaheim 2011 would prove to be disappointing for Machine, where he ended last in his group. He was only able to take a game off off KiWiKaKi before losing to mOoNan, SeleCT, Mvp, and GanZi. He would be put up against wbc in the championship bracket where he would be eliminated 1-2, and end up place 25th at the event. At MLG Raleigh 2011, Machine ended 5th in his group only defeating HayprO 2-0. He subsequently lost to SjoW, Bomber, IdrA and Noblesse. Machine would go up against iNcontroL in the championship bracket and win 2-1, but be defeated next round by Rain 0-2. He would place 18th overall at the event.

At IPL 3, Machine worked through the open bracket, defeating Mihai 2-1 before losing to viOLet 0-2 and lowering to the losers' bracket. There Machine would defeat HasHe 2-1 to secure a seed in the championship bracket. Machine faced SeleCT in the round of 32 and lost 0-2, eliminating him from the tournament.

At MLG Orlando 2011 he placed second to last in his group again beating only SLush 2-0. He lost to HongUn, Ret, TheStC, and Rain, all 0-2. In the championship bracket, he took out Tyler 2-1 before falling to HerO 1-2 in the next and finishing 19th. At the MLG Championship for 2011 in Providence Machine defeated Destiny 2-0 and DarkCell 2-1 in the open winners' bracket before subsequently losing to NesTea 0-2 and dde 0-2.

In March, Machine participated in a NASL Sunday Showdown showmatch against White-Ra whom he lost 1-4 to. In the same month, Machine went to the MLG Pro Circuit 2012 Winter: Championship as an open bracket competitor. He was eliminated in the 6th round of the losers' open bracket by TLO 0-2. At IGN ProLeague Season 4, Machine lost in the 4th round of the open bracket to Ryung. At the MLG Pro Circuit 2012 Spring: Championship Machine was knocked out of the tournament in Round 2 by Gerbil. At the GIGABYTE ESPORTS LAN Invitational Machine was unable to get out of the group stage with a 1-4 record, only defeating Mystik.