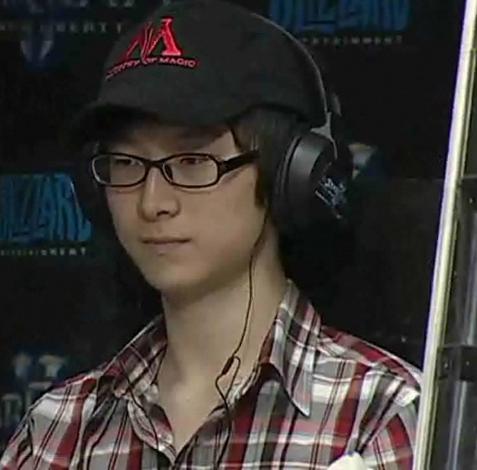 Maka is a professional StarCraft II and former Warcraft III player from South Korea. Maka, then known better as A.onE)Townhall, Townhall[aRi], or ConQ)Saber played as Night Elf in Warcraft III and currently plays as Terran in StarCraft II. He has played for the South Korean team Prime from the Beta to December 2011, but allegedly left the team on January 1, 2012.[1] It was announced on January 4, 2012, that Maka had joined eSahara, to be reunited with his ex-teammate Check,[2] but was dropped from the Absolute Legends roster (AL having acquired eSahara's SC2 team in March 2012) as of June 4, 2012 due to his failure to meet performance expectations.[3]

Maka announced his retirement from StarCraft II via Twitter on January 13, 2013.[4]

In phase 1 of the beta, Maka made a name for himself as a standout Terran on the heavily Zerg-dominated Asia server. Maka was considered to be one of the strongest Terran players during beta.

He won the third place match in the 17173 StarCraft II World Cup where he took out fellow South Korean ex-WC3 pro Check.

Maka represented his clan Prime in the Star2Gether Team Battle,[5] in which Maka had a personal record of 2-1 after beating both Zenio and InCa but losing to Cool. Prime went on to lose the match 4-5 to oGs.

Maka is most well known for his participation in GOMTV Global StarCraft II League events. He has managed to qualify for all 3 GSL Open seasons. Maka's furthest placement thus far was in GSL1 where he managed to reach the quarterfinals before being eliminated by LiveForever. Maka played very well in season 3, even taking a game off of the previous champion, NesTea, but Maka eventually lost to NesTea in Ro16. Maka alongside Genius were the two South Korean representatives at Blizzcon 2010. He would defeat players such as DIMAGA, DeMusliM, and HuK before ultimately losing to White-Ra.

In the 2011 January GSL Maka lost to NesTea and TheBestfOu in the Ro32, taking 4th place in his group with a final score of 0-2. He was then defeated 0-2 by FruitDealer in the Up and Down matches. Maka was one of the favorites to win the Code S Wildcard tournament. Despite this, he was defeated in the first round by his teammate, Polt, again 0-2. Polt went on to win the Wildcard Tournament. These losses assured his final placement into Code A for the 2011 March GSL season.

Maka was quickly dislodged from Code A entirely after being beaten by Noblesse 0-2 in the Round of 32, completing a surprising drop out of the GSL tournaments. Maka is one of three former Code S players to drop out of Code A, the others being LegalMind and jookTo.

Maka appeared in 2011 GSL Super Tournament where he won against Noblesse by WO and against sC 2-0 before being taken out by Polt 1-2.

Maka managed to re-qualify for Code A for GSL August. He defeated Dream in the Round of 32 then lost to Leenock in the Round of 16, staying in Code A. In the next GSL, he played against SjoW in the first round, who beat him 2-1.

On March 22, 2011, for the 2011 GSTL March, Prime sent out Maka as their final player against ST. The score was in favor for ST at 3-0 at that point. Maka took out RainBOw and lessened Prime's lead to 3-1. ST sent out Curious next and Maka wasn't able to defeat him. Maka's loss allowed ST to increase their lead to 4-1 and to take the series.