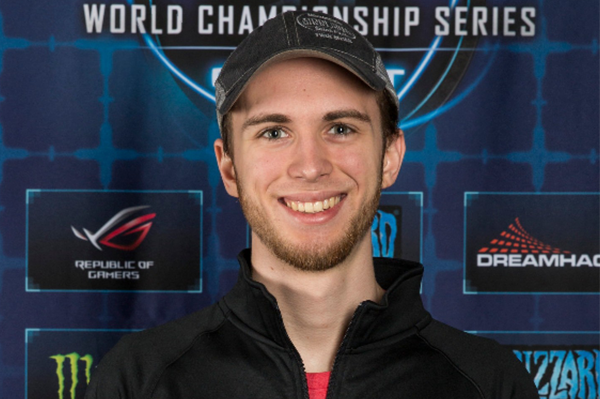 Braden "McMonroe" Wasson, is an American Zerg player who is currently playing for Archangel Gaming.

Braden “McMonroe” Wasson began his RTS career in 2008 when his uncle bought him StarCraft Brood War. Initially, he only played the campaign and moved on from RTS. Then, in 2012, He purchased StarCraft 2. Again, he only played the campaign and moved on. Finally, during the first season of 2014, McMonroe played his first game of 1v1. He quickly became hooked and has played it ever since. McMonroe achieved GM after roughly a year and a half of 1v1 game play. McMonroe now spends his time competing at NA lans and streams regularly on Twitch.

McMonroe's interest in 1v1 was sparked by watching the pro scene. Growing up, he didn't have access to a computer that could run StarCraft very well. It wasn't until 2014 where he built his first desktop. McMonroe initially wanted to be a Terran player because he watched a guide on Youtube for a HotS build. However, he didn't have the expansion yet which didn't let him do the build as reapers in WOL required a tech lab. Because of this, he picked zerg because zerg was roughly the same build order wise from WOL to HotS.

McMonroe loved 2v2 early on. He primarily played 2v2 up until he reached GM. After reaching GM, he took the game more seriously and looked to compete. His first lan he attended was Cheeseadelphia 4 in which he lost to starkiller and Towelie. This began McMonroe's rivalry with starkiller. Not only were they teammates since 2013, but they also achieved GM around the same time. Since then, McMonroe has lost to Starkiller in every lan and even in a challenger qualifying match.

McMonroe always would come close to qualifying for challenger in 2018. In every open qualifier, he was one match away from qualifying losing to players like Masa, Nina, Starkiller, Gametime, and Noregret.

Despite lacking success in 1v1, McMonroe has respectable accomplishments in the team game scene. He has won 2v2 cups with his ally, PracticeX, as well as winning multiple 4v4 Chinese cups. In one of these cups, he defeated Scarlett, Special, Stephano, and NoRegret with his allies PracticeX, Night, and FourBolt.

As of 2020, McMonroe is a regular 6k+ MMR Zerg player who is often in the top 16 on the NA ladder. He streams frequently on his twitch stream. He also enjoys 2v2 in which he often boasts the highest random team MMR for zerg players.