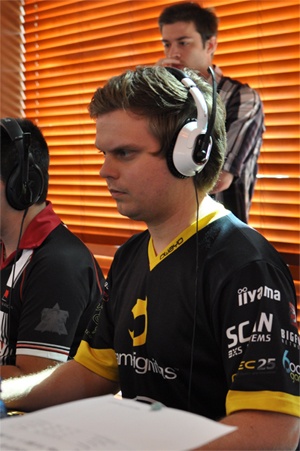 Tim "merz" Olsson is a retired Terran player from Sweden.

merz was a foreign Brood War player who played in Nerds at Work and MgZ.

After transitioning to StarCraft II, merz was signed by Team Dignitas as a sponsored player in late August 2010.[1]

"I am very happy that I have been given the oppertunity to represent such a good and organized team as Team Dignitas. Playing for them is something I will take great pride in, and I will make sure to do my very best to represent them well in any online or offline event I will take part in, and make Team Dignitas an even more established name in the StarCraft II scene.[...]"

merz appeared at the i43 lan where he managed to take his first LAN win in SC2.