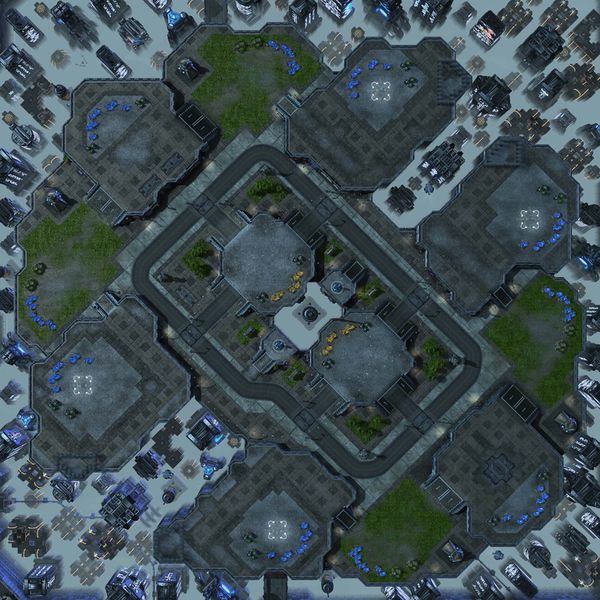 Metalopolis was one of the maps released with the StarCraft II beta, and is therefore one of the oldest maps in StarCraft II. The map has a similar design to the former StarCraft WCG Map Gaia. It was removed from the Battle.net Ladder Map Pool in Season 3, however major tournaments continued to use it because it is considered a balanced map when spawning close positions is not possible. At the start of Battle.net Leagues Season 4 Metalopolis returned with close positions removed, because of player feedback which insisted on more tournament-based maps[1]. It was then removed from the ladder at the beginning of the Battle.net Leagues Season 8[2].

Your base is easily defended but nearby resources are harder to protect. Watch Towers observe the main paths across the map. Additional resources are challenging to hold in the middle of the map.