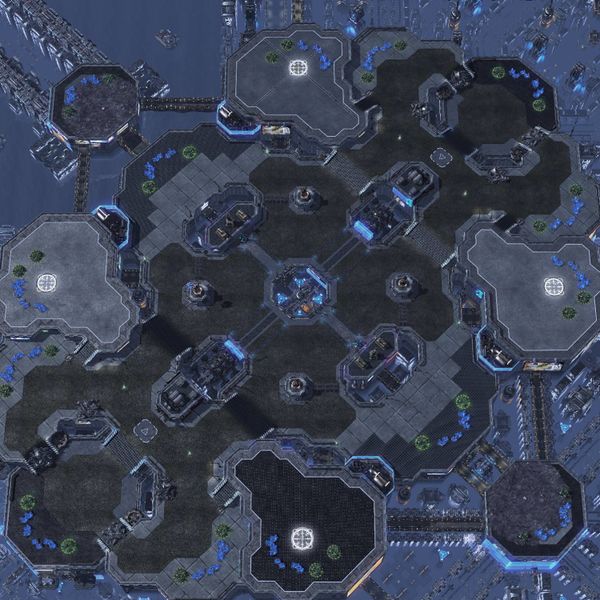 This map, released in December 2011 by the GSL Official Map Maker, LS, was used in a notable event for the first time in January 2012, when GOMTV made it a part of its Arena of Legends: The King of Kongs tournament map pool [1]. The map is a re-skinned version of Plains of Despair, which was created by the same mapmaker.

The ladder edition was part of the 1v1 map pool since 10th of April 2012 (Season 7). In this version, Blizzard replaced the neutral creep tumors with destructible rocks on the two island bases. Citing performance issues, it was removed from the ladder pool three weeks into Season 7.[2]

Presumably due to balance concerns, MLG removed the island bases from the version of the map used in their tournaments. However this received some negative responses from the community due to the fact that they made these changes without consulting the original mapmaker.