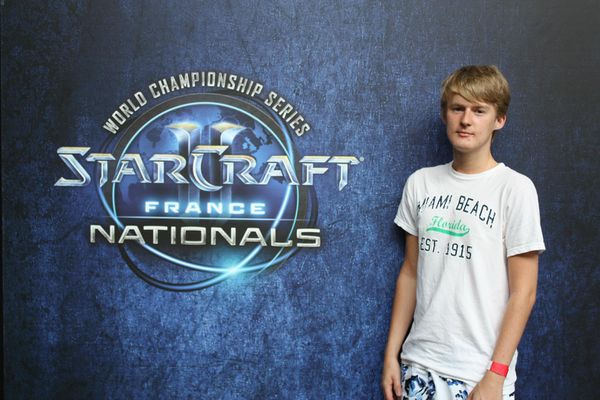 Mathieu "MiNiMaTh" Perrus is a Zerg player from France, currently playing for against All authority.

MiNiMaTh started playing StarCraft II after the release of the game, and joined Team Sypher in November 2010.[1] In July 2011, he competed in World Cyber Games 2011 France Qualifiers, an event for which he qualified by winning the fourth online pre-qualifier.[2] In the group stage, he fell to last place in his group, hence dropping out of the tournament. A few days later, Team Sypher was disbanded, and MiNiMaTh joined Virus Gaming.[1] On November 1, 2011, he was mentioned by ShiBa, Virus Gaming's former manager, as one of the players who had already left the team.[3] He eventually joined against All authority on November 20, alongside his teammate AureS.[4]

In December 2011, MiNiMaTh achieved his most notable result so far. In the PxL-Lan #32, in spite of an early drop in the loser's bracket, he managed to climb all the way to the grand finals, and defeated his teammate Wolf 4-0 (while Wolf hadn't lost a single game in the playoffs) in order to win the tournament.

He later rejoined against All authority following Sparte Legion's merger with the team.[8]