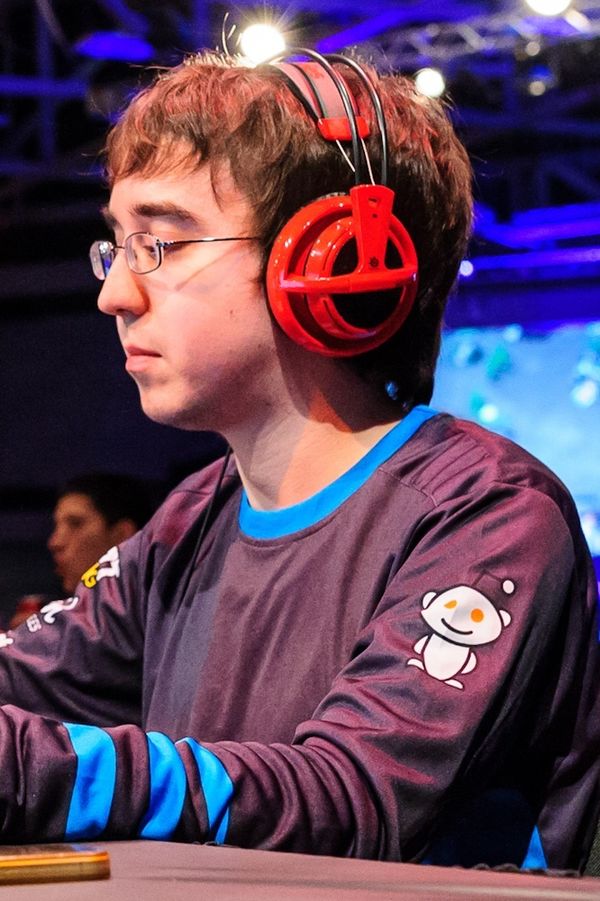 Coming from an FPS background, without any previous RTS experience, Minigun decided to pick up the game after watching beta videos from HDStarCraft and Husky.[1] Minigun started playing StarCraft II initially only for fun. As he worked himself up the North American ladder, he reached the #1 position. His play caught the attention of CatZ, which eventually led to his recruitment to ROOT Gaming.[2]

On March 3, 2013 Minigun played in the MLG Winter Championship Showdowns against IdrA. A 3-0 win qualified him for the Main Event. However once there he would lose to Life 3-0 in the first round. Then later in the Exhibition Matches, which were a sort of consolation bracket, he would lose 3-0 to Creator.

After a somewhat underwhelming first showing in Heart of the Swarm. He showed relatively little activity until he was invited to the WSC America 2013 Season 1 Premier League. There he was placed in a group with NesTea, Apocalypse, and Fenix. Although he was able to score 1 win against Fenix, losses to NesTea and Apocalypse would send him to the Round of 40 of the Challenger League. He would lose there in his first match to Ian, dropping down to the group stage.

Minigun first began hitting his stride at SHOUTcraft America just after announcing a Personal Sponsorship with Planetside 2.[6] He was placed in Group A of the Group Stage, along with puCK, Maker, and ViBE. Although he was unable to beat puCK in the winners match, back to back victories over Maker would allow him to advance to the Playoffs. There he would take a close 3-2 win over drunkenboi in the quarterfinals, before losing 4-0 to State. He would attain an overall 3/4th place finish.

On June 18, 2013 he played in the Group Stage of the WCS America 2013 Season 1 Challenger League. Placed in Group F with Top, State, and Xenocider, he would advance to the Season 2 Premier League with a 2-0 win over Top and a 2-1 win over State.

On June 28, 2013 Minigun would enter the 2013 MLG Spring Championship. There he would be placed in Bracket 1 of the Winners Bracket. He went on a strong early run, beating Deliverator_id, FireZerg, and Kane, before a 2-0 loss to HerO would send him to the Losers Bracket. A 2-0 loss there to YugiOh would knock him out of the tournament one round before making it to the Final Bracket.

In the WCS America 2013 Season 2 Premier League, Minigun was placed in a Round of 32 group against Neeb, Apocalypse, and Alicia. After losing his first match to Apocalypse, he won against Neeb to advance to the final match. He was able to defeat Apocalypse in a rematch 2-0 to reach the Round of 16. His group had three Terrans, and although Minigun was able to defeat DeMusliM in the Loser's Match, he lost to both TaeJa and aLive 0-2 to fall to Challenger League. He defeated Apocalypse again 2-1 to return to Premier League for Season 3.

On 22 February 2016, he left ROOT Gaming after playing for them for more than three years, stating that he most likely will not join another team.[7]