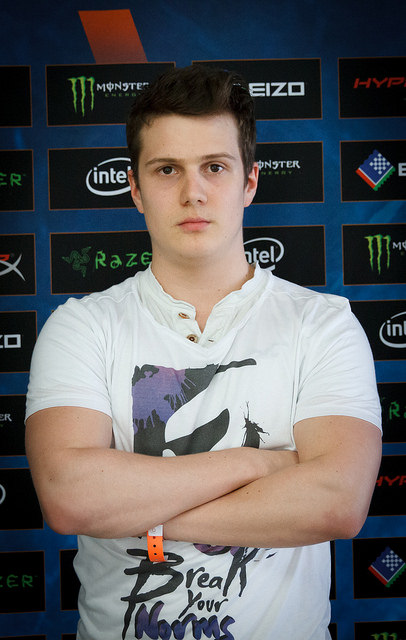 To read about the Korean Protoss player, see Mini.

Miniraser's first tournament victory was at Vikenlanet 2011 where he won hardware worth approximately $600.

Miniraser first showed up on international radar in June 2012, when competing in the DreamHack EIZO Open: Summer. He proceeded through the second group stage by beating ToD and Turuk, but was eliminated in the third group stage against DIMAGA, Brat_OK, and Snute

His second outing in the international stage was to the United Kingdom to participate in the Insomnia47 BYOC tournament to qualify for the ESET UK Masters 2012. Upon arrival he learned he had been upgraded straight to the main tournament due to taking the slot HappyZerg vacated by not receiving a VISA. Miniraser was placed in a group with DreAm, Lau and Zazu, and emerged second from the group after two wins against Lau sandwiched around a loss against DreAm. In the playoffs he met and disposed of Ourk, before meeting KrasS in the semi finals where he would fall 3-1. He then proceeded to play a close match against JonnyREcco in the 3rd/4th place playoff, ultimately losing 3-2 and taking 4th place and £300.

On 20 November 2014, Fnatic announced that he had been released from the team.[1]