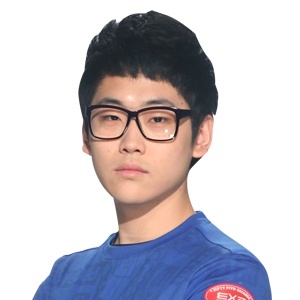 He made his first appearance for SlayerS at IPL Team Arena Challenge against mousesports in the Winner's Round 2, where he lost to ThorZaIN. He played regularly for his team in the EG Master's Cup Season VII, achieving mixed results.

Miya qualified for the 2012 GSL Season 3 Code A, beating Sculp and dreamertt. He met JYP in the first round of Code A and got knocked out in a quick 2-0 series. Miya became teamless on November 3, 2012, when SlayerS disbanded.[1]

He qualified for the 2012 GSL Season 5 Code A, defeating Carn, Motive and Sculp once more in the preliminaries. He yet again met a strong Protoss in the first round, this time the former Code S finalist Squirtle and got the same result: a quick 2-0 elimination from Code A.

On November 17, it was announced that Miya had joined Axiom eSports.[2]

On July 23, 2012, Miya participated in the 2012 South Korea WCS Preliminaries. Miya received a BYE in round one and then took down 박한수, Kop, 김제국, and faced Snow in the finals. After taking down Snow by a score of 2:0, Miya advanced in to the World Championship Series: South Korea Nationals.

In the championships Miya would defeat horror in the first round, before losing to Curious and being knocked into the losers bracket. Here he would defeat Hack and aLive, before losing to RorO. He would go on to defeat Polt in the 9th-12th consolation game, finishing the tournament in 9th-10th place and qualifying for the Asia finals.

In the finals Miya would lose 2:1 to Sen in the first round. He would defeat Hui in the losers bracket, before losing 2:1 to Creator and being the first South Korean knocked out of the tournament.

On May 30, 2013, news is released that Miya had retired from professional StarCraft II.[3]